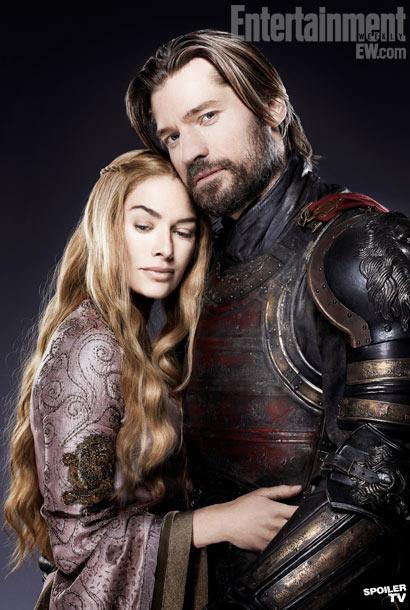 Sex sells, plain and simple. We see it in advertisements all over the board from vodka to perfume to fashion. Although, sex has become ever present in television and film culture as well, particularly in shows on cable networks such as FX, Showtime, and HBO.  In fact, viewers have gotten so used to seeing sex scenes and full on nudity that they welcome it with nonchalance.

However, last week’s Game of Thrones shattered audience indifference when it headed down a path that few shows dare to travel. In the episode titled “Breaker of Chains”, the show deviated from its typical course. Even though viewers have come to expect depraved behavior and sexual storylines from Game of Thrones, the most recent episode has caused quite a stir within its loyal audience. During the episode, there was a highly controversial scene where Cersei Lannister, one of the main female characters, was raped by her brother, Jaime, as she was mourning the death of her eldest son. Even though Cersei had repeatedly told him to “stop”, Jaime continued to force himself on her to the point where she was sobbing while he was on top of her, the scene ultimately cutting to black.

Although Game of Thrones fans have seen plenty of violence against women in the show before, this time is different. In the Game of Thrones book series, this particular scene between Jaime and Cersei played out a little differently. In A Storm of Swords, this scene does happen- with one crucial difference. In the book, Cersei consents to having sex with Jaime. Cersei welcomes Jaime’s sexual advances and doesn’t resist. This change in the relationship between Cersei and Jaime is something that has outraged viewers who have read the books, as well as those who only watch the HBO series. Viewers were not only upset that Jaime, a redeemed antagonist, has now become a villain once more, but also that the writers felt the need to further victimized a female character.

What’s even more interesting is the fact that the director of the episode and the actor that portrays Jaime Lannister believe that Jaime did not in fact rape Cersei, despite the fact that she resisted. Alex Graves, the director of the episode, commented that “it becomes consensual by the end, because anything for them ultimately results in a turn-on, especially a power struggle”. Graves added that this particular scene was “one of [his] favorite scenes [he’s] ever done”.

Graves’ comments are not only upsetting, but also sickening. Even though there are people in the population who would deny that rape is not a serious problem in society, what actually defines rape is not up for discussion. When someone doesn’t give his or her consent to any sexual act, that’s absolutely sexual assault. “No” or “stop” doesn’t translate into “yes” or “keep going”, despite what many cultural texts would have audiences believe. When sexual assault statistics are so high, is this a message that needs to be sent? In a country where 1 in 4 women and 1 in 6 men will be sexually assaulted in their lifetime, can we afford to change a storyline about consensual sex between two adults into rape (WOAR.org. 2014)?

At the same time, it’s unfortunate that it takes an extreme act of sexual violence to upset viewers enough to protest. It’s frightening to think that audiences have become so used to seeing violence and aggression against women that the only thing left that can startle them is rape. At the same time, media like this only contributes to rape culture, especially when it comes to blaming the victim.

After “Breaker of Chains” first aired, audiences were outraged, but some audience members believed that it was Cersei’s fault for getting attacked. Some viewers believed that “she had it coming” because of the nature of her character. Even though Cersei is primarily a villain and has extremely questionable morals, that doesn’t make her deserving of rape. As crazy as it sounds, maybe instead of telling women not to get raped, society should start teaching men not to rape, instead. Texts like this are simple reminders of how out of control rape culture has gotten and how far we have to overcome it.

Rape culture is something that society can’t afford to take lightly. Women are not disposable sexual objects and rape is not something that should be put into a script simply for artistic value or to keep audiences intrigued. “Breaker of Chains” is a cultural text that reflects poorly not only on the individuals that produced it, but also on society’s values. Instances like this continue the victimization of women and promote rape culture. Even though it can be easy for audiences to remember that the events taking place on a television screen are not real, the ramifications of these texts, as well as the serious nature of sexual assault for women is all to real- and that is something that we can’t afford to forget.