Research into learning and Little Shop of Physics 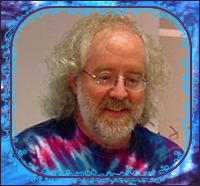 Brian Jones is a popular physics professor at Colorado State University. He loves both physics and teaching. He is also one of the main forces behind Little Shop of Physics (LSOP), a group of science educators and science students working to make science accessible to everyone. Brian told me how the idea began, “In 1990, I was asked to do a presentation in an eighth grade classroom. I did a lot of demonstrations. I did that one and it was terrible. I basically gave a college lecture to eighth graders. It was really bad. They liked playing with the stuff I brought; they just didn’t like being talked to.” This experience caused Brian to search for new ways to teach science. Eventually the Little Shop of Physics was born.

Brian’s favorite example of the effectiveness of LSOP has to do with atmospheric science. ‘When winds blow over the mountains and then sink onto the plains does the air; a) warm-up, b) cool down, or c) remain the same temperature? This question refers to a phenomenon known as Chinook winds. On pretests taken before the kids go through LSOP, they think the air cools down and put b) as the right answer. Chinook winds actually compress and warm the air. After LSOP, many of the kids will write the correct answer, a). Amazingly they were never told the answer. They figured it out through experience.

Brian told me, “In recent years we’ve actually done assessments of students. We have tests of how much kids learn.” Children and parents wander through the LSOP stations, there isn’t any grade given at the end of the program, and the kids can play as much as they want. So how much learning can occur in this environment? According to researchers’ findings, “We’ve done some pretests and post-tests with the kids. We’ve shown that just by playing with things they are learning.”

A normalized equation is used to explain the results of these studies. The equation represents the number of those who change their answer from wrong to right after going through the experiment, divided by the number of those who gave the wrong answer on the pretest (#wrong to right on post-test/ #wrong on pretest). The largest number you can get is one. This occurs when every child initially answers the question incorrectly, and then all of them learn the correct answer for the post-test. Studies of adults have had similar results. When participants in this study go through a lecture, the amount of learning is approximately 0.15 when using this equation. A Little Shop of Physics experiment has a change of 0.45. This is a far greater rate of learning than lecture courses offer. Brian adds that, “with kids, after they play, and if you had a discussion after it, you can get results of approximately 0.7 or 0.8.” The hands-on-piece is crucial.

Brian told me, “Little Shop of Physics has totally changed the way I do my own teaching.” He now emphasizes lab, lecture, and hands-on experiences whenever possible in his course. His lectures are used to provide context and a big picture view to understand what is seen in the lab. The program continues to be a success with about 7,000 visitors per event at CSU. LSOP visits schools and sees about 20,000 students a year outside of CSU. The organization also produces a podcast.

Some of the researchers who’ve worked with LSOP are Michael Lacy from sociology and Leonard Albright in the school of education. Undergraduate researchers have also been able to conduct research through LSOP. Email Brian if you have an idea you want to research. If you have a chance to go, or volunteer, you should! I can tell you from experience, it’s a blast. You can find out more at http://littleshop.physics.colostate.edu/aboutus.html.