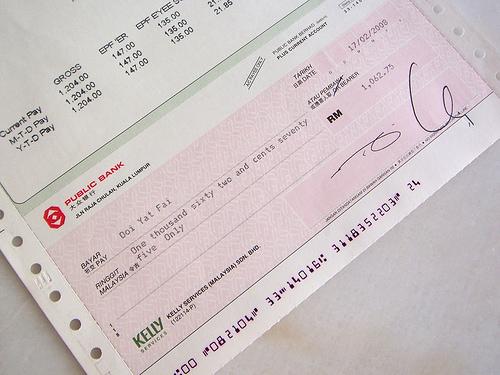 As a college student making $8.50 an hour, just a little over minimum wage, my paycheck certainly wouldn’t mind being bumped up to $10.10. As of January 1st, 2013, the minimum wage in Colorado is $7.78 per hour, slightly higher than the federal minimum wage of $7.25.

President Barack Obama announced his support for the proposal back in November of 2013, quoting, “It would mark the first significant increase to the federal minimum wage in more than four years” (Huffington Post). Initially, Obama proposed raising pay to $9.00 per hour, but apparently that isn’t enough. Might as well go all out, right? Calculations were made and it is thought that a $10.10 minimum wage could push 58% of the working poor out of poverty (Restaurant Opportunities Centers United).

Personally, I support the raise, but I’ve heard both sides of the debate. I’m here to briefly point out the obvious pros and cons and then let you decide for yourself.

PROS: The cost of living is rising-just look at grocery bills and rent prices. It is becoming increasingly difficult for those surviving paycheck to paycheck to make ends meet. Economically, it makes sense; raising the minimum wage will provide people with more money to spend, thus stimulating the economy. Plus, adjusting for inflation, the $7.25 per hour rate is lower than it was in 1968 (CNN). Countless people work full time each week and still land under the poverty line, which is $15,130 (salary.com). If you do the math, working 40 hours a week, 52 weeks a year, at $7.25 per hour, you’ll earn $15,080 before taxes. In that same scenario making $10.10 an hour, you’ll bring home $21,008. In 2012, the official U.S. poverty rate was 15%, or 46.5 million people (US Census).

CONS: According to the Employment Policies Institute, the minimum wage has not been proven to effectively lower the poverty rate. In addition, it is argued that a higher minimum wage would make it difficult on employers and business owners, especially in small business settings. Companies may have to cut employees’ hours or even lay them off completely. With that in mind, the unemployment rate is another factor, which is currently sitting at about 8% (Bureau of Labor Statistics). With a minimum wage at $10.10, struggling firms would be unable to hire as many workers, therefore increasing the amount of jobless Americans.

It’s a noteworthy proposal, one that is surrounded by immense controversy. It will be interesting to see what happens and if it is passed, how America will respond.