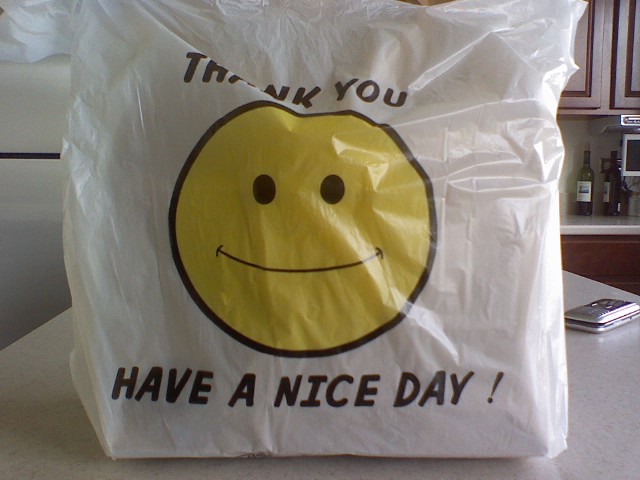 What was missing from Marlin and Dory’s wild ride up the East Australian Current in “Finding Nemo?”

In nearly all of the world’s marine biota, including crustaceans, numerous fish species, seabirds and sea turtles, plastic and its related toxins can be found. Alarmingly, in parts of the Pacific Ocean, one can find six times more plastic than plankton.

The Environmental Protection Agency estimates 75 percent of what American’s waste is recyclable, yet only 30 percent actually enters the recycling stream. The agency’s 2012 study reports less than 5 percent of plastic bags and only 12 percent of plastics in general are recycled.

How is it possible for plastic to find its way into our oceans and litter our beaches?

Plastic does not biodegrade. Instead, it degrades and fragments into smaller microplastic particles fine enough to be carried by wind and water; making transportation a breeze. Eventually,these particles accumulate in garbage soup zones throughout the oceans and shorelines.

Fort Collins may seem too far from the oceans for this to concern most. But, fine plastic particle transportation means the plastic bag that blew out of your car window as you rolled through town or that empty gutter-bound SmartWater bottle you neglected to pick up off the sidewalk may be on its way to these plastic islands.

In response to the plastic build-up in the oceans, over 90 universities and colleges have banned or restricted the sale of bottled water. Just recently, San Francisco prohibited bottled water sales on city property. Not to mention, over 100 communities in California banned plastic bags, resulting in one in three Californians living bag free, according to environmentcalifornia.org.

CSU students seem to agree that steps should be taken to decrease the contribution of plastic waste into our environment. Based on a recent student survey conducted by ASCSU, 73 percent of respondents suggested they agree, somewhat or strongly, that CSU should phase out the use of plastic bags on campus. This number jumps to 87 percent when you include those who are neutral to the policy. Similarly, in one afternoon over 340 signatures were gained in support of ending the sale of bottled water on campus.

What can we, the CSU and Fort Collins community, do to make an impact in hopes of reducing the size of these floating plastic dumps?

Part of the solution is sitting in your car, dorm room, or pantry — canvas bags and reusable water bottles. The best way to reduce plastic waste is to stop using or purchasing single-use plastics in the first place. So, do some spring cleaning, wash out your forgotten Nalgene, dig up those canvas bags and start using them.

Some believe canvas bags and reusable water bottles are great in theory, but are too easily forgotten. Well, if that’s the case, then buying bottled water or throwing groceries or books into plastic bags shouldn’t be so convenient. What if those single-use plastic bags and water bottles weren’t offered at all? By refusing to use single-use plastic we are refusing to contribute the plastic floating dumps in the oceans while shifting campus consumer habits.

CSU should further their status as being one the nation’s most sustainable campuses through the ban of water bottle sales and plastic bag distribution.

Jeff Cook contributed to this report. Cook and Alex are members of the Student Sustainability Center. Jeff is also apart of the Graduate Student Council