Women and the Red Carpet 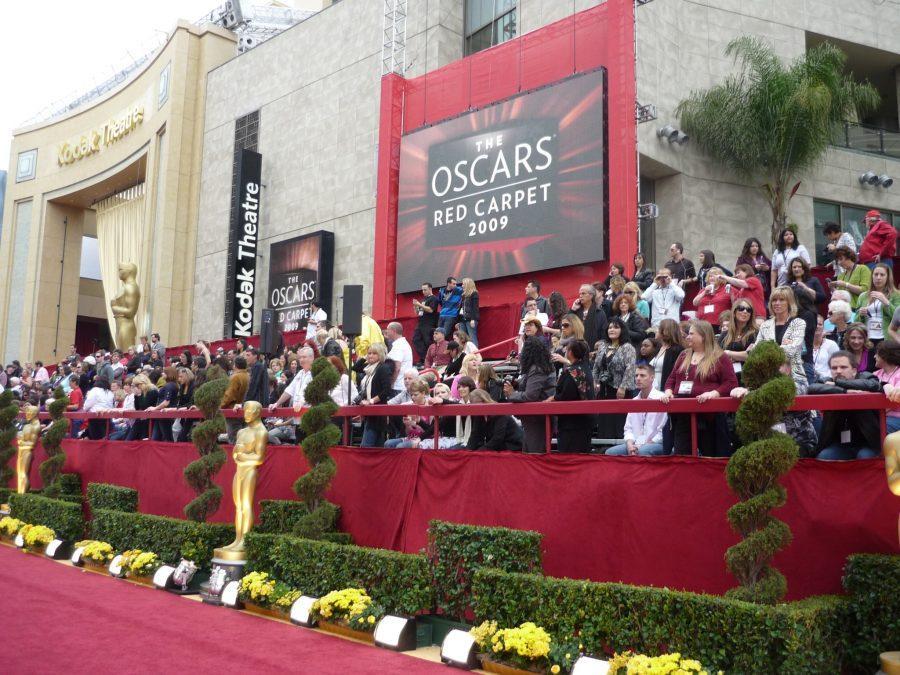 This past weekend, 43 million people tuned in to watch the Oscars, which is the biggest audience the show has seen in the past decade (Washington Post, 2014). Audiences love the awards section of the show for sure, but some people consider the red carpet the “main event”- and of course, along with the crowds of admiring fans, reporters who are on the hunt for interviews are always present.

However, if you’ve ever seen any award show with a red carpet, you probably know that male and female actors are not asked the same questions. In fact, the types of questions that reporters ask are extremely gendered and that’s insulting. Usually, male actors who arrive at the event are asked about their work- their nominations, their current projects, and what they have planned for the future. Meanwhile, actresses are asked about their dress, their hair, and their makeup.

Within the media, it’s already an issue that women are sexualized and objectified in the film and television industries, but the unnecessarily sexist questions that reporters ask actors and actresses are making these media stereotypes even more real. Questions like, “who are you wearing” or “how long did it take you to get ready this morning” are incredibly insulting to women. Actresses are so much more than a pretty face and, just in case it’s news to anyone, they can be nominated for awards at these shindigs too. For every award that a man can win, such as “Best Lead Actor”, there’s a female equivalent. Yet, reporters still reduce women, who have the same amount of both talent and merit, to their appearance.

Even though it’s a rare occasion that women are asked about something other than their appearance, one reporter took it upon herself to challenge these gender roles in Hollywood and ask a male actor the same questions his female colleagues receive every time they show up at an awards show.

When he showed up to the Oscars, Kevin Spacey, well known for his role on “House of Cards”, had no idea what he was about to encounter when he ran into BuzzFeed reporter Erin La Rosa. The interview starts gently enough when La Rosa asks Spacey which designer’s clothing he is wearing to the show. After a few more questions, she gets to the good stuff. “Who did your hair,” she asks, to which Spacey responds, “Uh, I don’t, it just happens. It’s not a big deal”. Then, La Rosa asks him to show her his mani-pedi. At this point, Spacey is dazed and confused and asks if his interviewer had been “smoking this morning”. After a few more questions about if he had been dieting for months or if he was wearing Spanx, Spacey just tells the reporter that “this is f****d up”.

How right you are Kevin Spacey, how right you are. This kind of sexism that has been present on red carpets for years is messed up- and to be frank, women are starting to get sick of it both on and off the red carpet. During the red carpet segment of the Oscars this year, women were live tweeting along with the show. Tweeting at reporters like Ryan Seacrest and Giuliana Rancic, women were using #AskHerMore to remind them that women are more than the way they look and, believe it or not, have something to say about topics other than beauty products. Even better, in the past, actresses like Cate Blanchett have called out the way women are filmed by “glam cams” during interviews.

Even though women are still treated less than desirably on the red carpet, as women take a stand on and off location, reporters will have to be forced to evolve the way they see women. Actresses are more than models of femininity. They have more to talk about than designer shoes and push up bras- and when the media recognizes them for their brains and not their bodies, everyone wins.