Why You Should Read the New “Firefly” Series 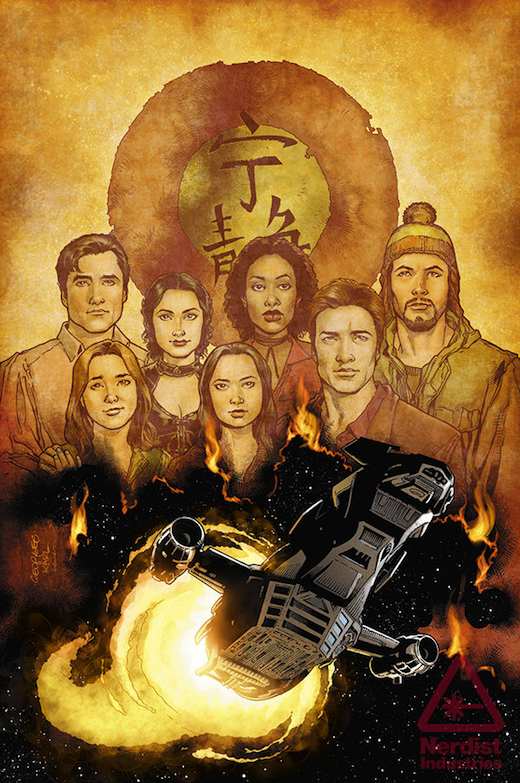 It’s hard to believe that almost a decade has passed since Serenity hit theatres and even longer since Firefly was cancelled.  And even though nothing can fill the void that 20th Century Fox left in our hearts, Dark Horse Comics has been understanding to fans. This January, they released inaugural issue of the 8th Serenity mini-series “Leaves on the Wind”. I think all Browncoats can agree—they are ready for a fresh start.

It’s set after the timeline in the Serenity movie

There are so many questions that the series can jump off to get the ball rolling. Will River be able to draw her battle instinct back after her intense fight scene? Will Simon and Kaylee stay together? Now that the Alliance is weak, what will happen to the galactic policing? How will Zoe adapt to life with a child that will constantly remind her that Wash is gone? Now that Inara is staying, will Mal make a move? The possibilities are endless, but I expect there to be mishaps, trouble, and tomfoolery.

Use a medium that is more flexible for character development

Now hear me out. The actors did a phenomenal job creating their characters. From the way they convey non-verbal communication to how characters interacted with each other individually, you could tell they were their characters. But the comic book medium can allow us to go more in depth regarding inner monologues, memories, and secrets. This first issue already took advantage of this change to take a peek into River’s psyche.

Georges Jeanty is illustrating it

The only word that can describe Georges’s art is incredible. His lines are bold and distinct. Somehow he can capture the sharp angles of Mal’s jaw and demeanor, but preserve the playfulness Kaylee’s eyes. Not to mention his incredible work on the Buffy the Vampire Slayer series. Let’s just say the series is in very skilled hands.

Zach Whedon is writing it

Zach, like the other Whedon brothers, has a real knack for writing. Zach and Jed co-wrote the internet sensation Dr. Horrible’s Sing-Along Blog, as well as worked on the sci-fi hit Fringe. Although he seems a little inexperienced with the comic book game, he has a great support network. I am confident that he will make new journeys that will stay true to the characters his brother created

Most importantly, the gang is back

Some of the collections before “Leaves” met a few critics, but I think the most important thing is that we get to read about this rowdy crew of hooligans again. We’ve grown to love these neurotic characters that don’t always have the right morals. And I’m not going to lie—the “leaves on the wind” reference made me choke up quite a bit.

Dark Horse Comics released the first issue this past January as a part of a six-issue series. The third issue will drop later this month, so there is plenty of time to share this wonderful adventure.

“I am a leaf on the wind–watch how I soar.”
~Hoban Washburne