Which Greek team will take the Triwizard cup home? 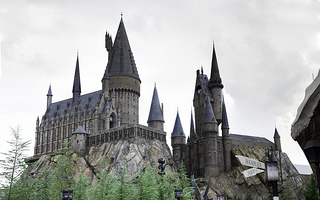 The 2014 Greek Week theme is “The Wizarding World of Harry Potter.” For those who don’t know, Greek week is a time in the spring when the members of the fraternity and sorority community come together around events of celebration.

The Greek Life at Colorado State University celebrates Greek week by pairing up fraternities and sororities in teams and give them a name that relates to the theme of Greek week. Greek week here at CSU has a series of competitive events that relates to the theme. It forces unity amongst teams and the organizations they are paired up with to compete in the events to determine the winning team of Greek Week.

The events of this year’s Greek week are as follows:

Dragon Racing from 5 p.m. – 7 p.m. at the track behind the University Center for the Arts

Unity Stroll from 5 p.m. – 7 p.m. at the basketball courts between the Recreation Center and the Intramural Fields

Let’s kick off the first week of April by maintaining and building a stronger sense of unity in Greek Life. As Albus Dumbedore said, “We are only as strong as we are united, as weak as we are divided.”

Collegian editor at large Usman Bandukda can be reached at community@collegian.com