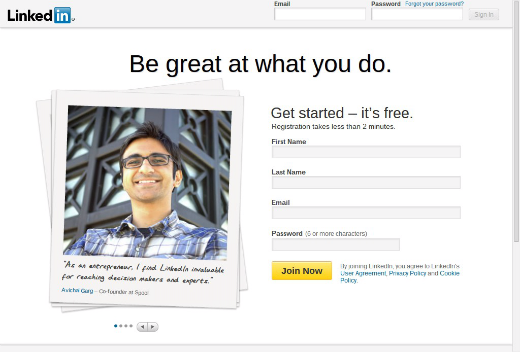 How to Make Social Media Go to Work for You

They may have had a fun time at the party last night, but if their future employer saw it, do you think they’d get hired?

A Microsoft Research study done in 2010 found that 70 percent of job recruiters say they turned down applicants solely based on information they found online. Four years later, online applicant screening is  mandatory in most companies’ hiring process.

“Social media is a primary vehicle of communication today, and because much of that communication is public, it’s no surprise some recruiters and hiring managers are tuning in,” says Rosemary Haefner, vice president of human resources at CareerBuilder, to Forbes Magazine.

So do we close all our accounts, delete all our photos and go into social hiding?

Actually, in such a media heavy age, having no social presence is almost as bad as having a bad one. Being media savvy is now a major asset in the job industry. Most jobs require a certain level of media use, so being able to show their skills, can make a candidate look even better.

If employers look someone up and see their ability to properly manage websites and create multimedia instead of just drunken photos, not only does it keep them from getting the boot, but it promotes skills the company is looking for in an applicant. They may even choose the person over another applicant whose skills they haven’t seen. It can be like a second portfolio. Many people even add their websites, blogs, LinkedIn accounts, multimedia and social sites to their professional portfolios, directing their potential employers to what they want them to see and highlighting the positives of their media presence.

In his book,  What’s the Future of Business: Changing the Way Business Create Experiences, Brian Solis says that all companies will be adding social media into their job description in order to keep up and not get left behind in the fast paced business world. So no matter what area someone is looking for a job in, showing their employers they are good at social media is a huge bonus as a job candidate.

Finally, having hundreds of friends pays off. One of the best ways of using social media for the job search is networking. This generation is really lucky, they no longer have to meet everyone in person to make a good impression, they just have to know someone who knows someone. There are now hundreds of sites like LinkedIn or BranchOut that connect students to professionals who might direct them toward potential jobs. It shows employers initiative and intercommunication skills.

“LinkedIn is a great way to break through into the industry,” said Doyle Metzger, President of Metzger Associates public relations firm out of Colorado. “Their account tells you a lot about a person and offers them a way to go out and reach people here they wouldn’t have been able to before. That’s its purpose. I have offered people a job after going back and looking them up.”

The trick is knowing how to promote one’s self without exposing all their dirty secrets. It’s time for them to take down those embarrassing photos and delete the inappropriate conversations, no matter how funny they may be. They should at least set privacy settings so their personal life stays personal. They don’t want to become friends with coworkers unless they are fully prepared for the consequences. Their boss may not be their facebook friend but he/she is their coworker’s, so he/she can still see those pictures of the two of them drinking and complaining about work. Some people change their name so that it isn’t directly linked to them, (you can use your middle name instead of your last name) and others even have two separate accounts, one for the workplace and the other for social life.

Announcing all of one’s opinions is also a dangerous game to play in the job market. Employers don’t want to hire or keep people that are always complaining about work to the public, cursing up a storm or dropping thought bombs that could lead to public relation scandals. They need to always appear as the mature professional that their boss thinks they are, so personal Twitter accounts and blogs can get them into trouble. If someone really feels the need to let it out for the world to hear, again, they should change their name and not use anyone else’s. They either need to separate it from their professional identity or be willing to let it go, that is the price of getting a big kid job these days.

Put it All Together

The overall message is that they should be active in the media and be socially connected, but also be cautious of what they are portraying about themselves and who has access to see it. It can make or break a potential job opportunity and affect their long term career. They can learn to make their social media go to work for them and not against them.

College Avenue reporter Jessica Fish can be reached at collegeavenue@collegian.com. Look for the Interviewing Guide issue of College Avenue on racks Mar. 12!