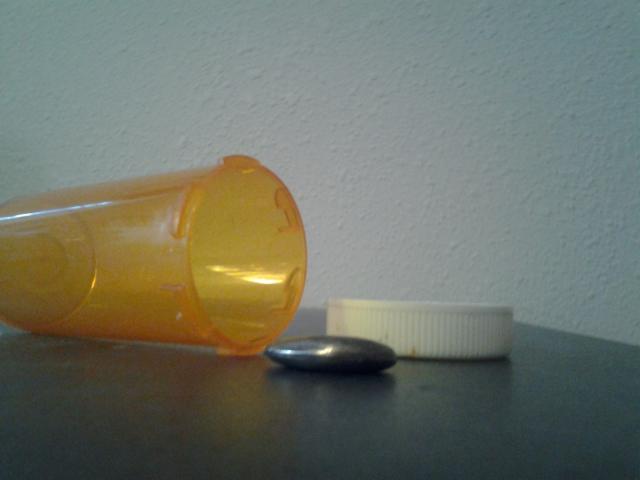 I’ve spent three weeks in this room with only a crusty bucket for a bathroom and resignation to the fact that I’m going to die when something happens outside the window that looks out onto the street. It’s a cold early morning when the night gives way to the first weak light of day, a time when the clairvoyant might see the last trace of a ghost running back to its grave to hide from daylight, when I hear Brett get into his truck, hear the engine as it swings out into the street, then a screech of brakes. When I hear the truck door open and slam, I climb on the pile of junk to look out. The residents of the neighborhood block both sides of the street, and they’re all dressed in the same powder blue button up shirts and blouses, all unnoticeable and legion in the steel blue light of morning except for the man at the front of this group. Bespectacled, reasonable looking, a straight back that commands authority, and a dark red sports coat, he is the only one who is allowed to be distinguishable from the multitude. It is the eminent Dr. Shrivak, psychiatrist who has come to confront Brett about his condition.

Dr. Shrivak calls for Brett to come take his medicine, and then says that his behavior is too divergent from the norm of the neighborhood, it must be brought under control. That he must take medication to stem this divergent behavior. The suburbanites allied with the good doctor agree with a single drone of “yes.”

Dr. Shrivak cuts him off and tells him not to denounce the entity who gave them the logic to live their lives by, to ensure life in the neighborhood runs smooth and uniform and without imperfection. It is the best way to live, the legion tells Brett, and he is a deficiency preventing neighborhood life from working like a well-calibrated machine. The doctor again tells Brett to take his medicine. Again Brett refuses.

Without so much as a small gesture from Dr. Shrivak, the mass of suburbanites move forward to restrain Brett. The psychiatrist takes an unmarked pill bottle from the pocket of his sports coat and removes the lid. He walks to where the horde restrains Brett, and holds his screaming mouth open with their fingers. The psychiatrist takes a metallic capsule from the pill bottle and forces it down Brett’s throat.

They release him, and Brett changes. He fades, like when half-dried paint is washed off a metallic easel, leaving only a faint trace of what it once was. Brett’s mania disappeares as he kneels on the ground and his protesting shrieks become monotone protestations. The life of his madness fades away, leaving a new part of the legion dressed in slightly different clothes.

When Brett quiets, Dr. Shrivak comes forward to help Brett up and begins to welcome the former madman to his new, improved life in the neighborhood. But as the doctor reaches out his hand, Brett falls over. His brain leaks from his ears, wrinkled chunks flowing out in a river of fresh blood. The chunky redness flows down the incline of the street, giving Brett’s corpse a red outline.

The mass watches this with set faces and blank stares. Then they check their watches in unison and walk off to their cars in unison, all opening, entering, and starting their cars one after the other with the preciseness of the hands of a finely tuned clock. They all drive off in a moving sequence of the same car, leaving Dr. Shrivak to drag Brett’s corpse out of the sight of my window like so much garbage.

The blood and pieces of brain had set in the side walk in a mural of a face silently screaming in anguish. In the evening, when the residents of the neighborhood returned, they tried to wash the dried gore away with a garden hose. It remained. The next day a heavy duty street cleaner came by and tried to scrape away the picture, but it remained. In the middle of this uniform neighborhood, in the open for every sterile resident in every uniform and perfectly white house to see, was the portrait of the man whose madness had threatened to disrupt their clockwork lives, painted in his own red remains.