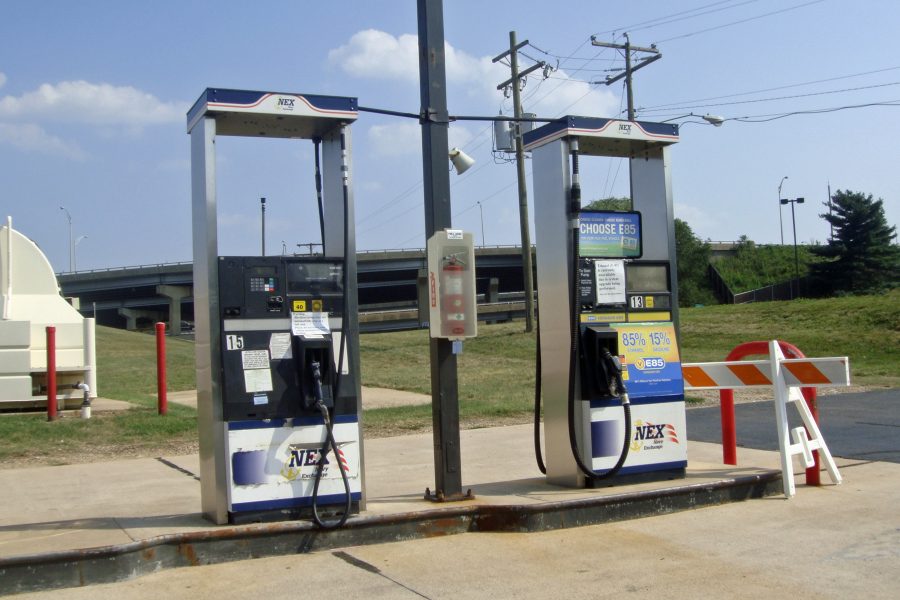 “Biofuels are renewable fuels made from living or recently living organisms,” said Aaron Drenth, a mechanical engineer for the U.S. Air Force. Drenth is a Ph.D. candidate at CSU researching biofuel engine performance.

To meet these mandates researchers at CSU and across the nation are looking at some wild options — from recycling urban waste, to harvesting beetle-killed pine trees, to harnessing the energy of algae. Because, corn ethanol currently dominates the market, many researchers see the most stable solutions arising from alternative field crops. Either way, there is no simple solution to this gap in production.

The best crops for biofuel production are not always the biggest money earners, so Jahn and Drenth are looking for options producing a profit as well as a low input, sustainable fuel for society.

Jahn and her team focus on improving the forage and biofuel properties of sorghum, a highly adaptable field crop. Jahn chose sorghum because it is capable of thriving in the hot, dry conditions of eastern Colorado and its flexibility in the market. Sorghum is sold as grain crops, forage for livestock, sugar or biofuel.

“This seemed like a good crop to me because we want to give growers more options,” Jahn said.

Currently, the demand for sorghum to produce biofuel is small due to costs. Until technology becomes more cost effective, sorghum farmers can profit off of high feed prices by selling their crop as livestock forage.

Drenth’s research focuses on testing fuel quality and engine performance of Triglyceride-Gasoline Blends, a fuel similar to biodiesel, but is produced by mixing pressed seed oil with gasoline or ethanol. This process is relatively cheap and can be done by farmers.

“There are different ways you can take vegetable oil and turn it into a biofuel, from crude methods to sophisticated ones,” Drenth said. Producing TGBs is simple, but it can leave certain oxygenated chemical compounds in the fuel. Drenth’s engine tests are meant to determine whether these compounds adversely affect engine performance, including gaseous and particulates, cold flow properties, and fuel efficiency.

“A lot of this [research] hasn’t been done. We might find that it’s a bad idea, but the data that we have so far is pretty promising,” Drenth said.

If his results continue to be favorable, Drenth hopes more farmers will begin to grow more oilseed crops and produce fuel on-farm. Fuel represents one of the largest costs to farmers each year.

“If they can grow the oil on the farm at a cost advantage or at least break even, it might make sense [to produce their own biofuel],” Drenth said. “It also gives farmers a market for these new crops to help bridge the gap until large scale users like the military and transportation sector ramp up their use.”

By identifying crops and innovations that work well at the farmer’s level, Jahn and Drenth hope to begin building a foundation for an increase in sustainable fuel production for the future.

Collegian Editor at Large Isabella Heepke-Laws can be reached at community@collegian.com.