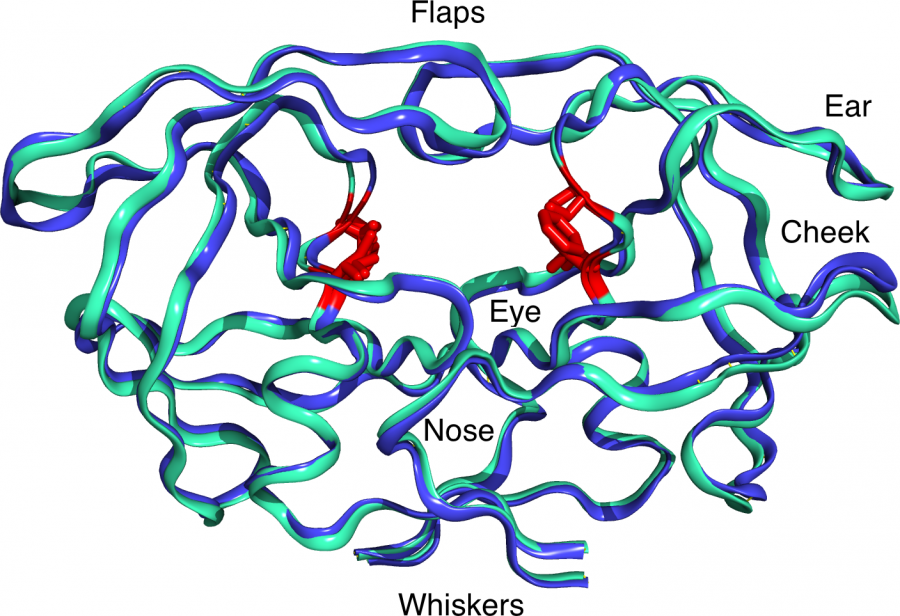 As I step into Satoshi Machihara’s apartment I take off my shoes and mentally prepare for the interview. The young man I am interviewing looks like your average student, but what he works on in a Colorado State University lab could change how we think about viruses. It could even lead to better treatments for patients infected by HIV, a virus which causes AIDS, than the currently available highly active antiretroviral therapy (HAART) regimens. He’s very casual in his apartment, yet once we begin talking about his research you can understand why he’s in graduate school.

His current project is a thesis titled, “Molecular Characterization of HIV-1 Protease Auto Processing Mechanism”. It’s a mouthful. To paraphrase, Satoshi is studying how the HIV-1 protease becomes mature, or fully active, from its precursor form.  In particular, he is examining whether a cis- or trans- cleavage is involved in the process of protease maturity.

He works in a lab with a team of fellow students led by Dr. Chaoping Chen at the department of Biochemistry and Molecular Biology. Everyone in the lab is studying various properties of HIV-1 protease. Satoshi is focusing on how mature HIV-1 protease is formed.

He describes his work as, “one of many footholds that we are trying to make so that we can get a new target identified for drugs for treating HIV. Protease drugs are very efficient because protease is a very essential protein in the viral propagation [cycle]. Without it all the other proteins are immature.”

Current HIV-1 treatments are already aware of this fact and have developed drugs to inhibit the mature form of HIV-1 protease from continuing viral reproduction. The problem is the flexibility of HIV-1’s protease. It changes itself by generating mutations in the protease and beyond. It then becomes resistant to treatment. Satoshi is studying the way the protease forms in order to nip it in the bud. He told me,“if you target that one protein all the other downstream elements are left incomplete.”

The biggest problem currently is that all the available drugs target mature protease because there is no known intermediate step the drugs can target. The protease is thought to literally cut itself and fold into a fully active form. A mature HIV protease is a homodimer, which means the exact same proteins pair together to form the protease. There are two theories of how the mature HIV-1 protease forms. The first theory is that the precursor protease forms a dimer and then cuts itself to release a mature protease in dimer form. The second theory is that the precursor protease forms a large complex which then proceeds to whittle itself down into a dimer. The research Satoshi is doing favors the second theory.

I asked Satoshi if he agreed with a Thomas Edison quote. He laughingly agrees that it takes 1% inspiration to form a hypothesis and 99% perspiration to research it. Experiments often have to be redone. Some of these experiments take days to complete, so it’s easy to imagine how research can get off track if one experiment doesn’t work. Even with setbacks, we can hope that HIV and AIDS will be a solved problem thanks to Satoshi’s work and the work of many other researchers.