How Young Women Are Being Chased Away from Entering Politics 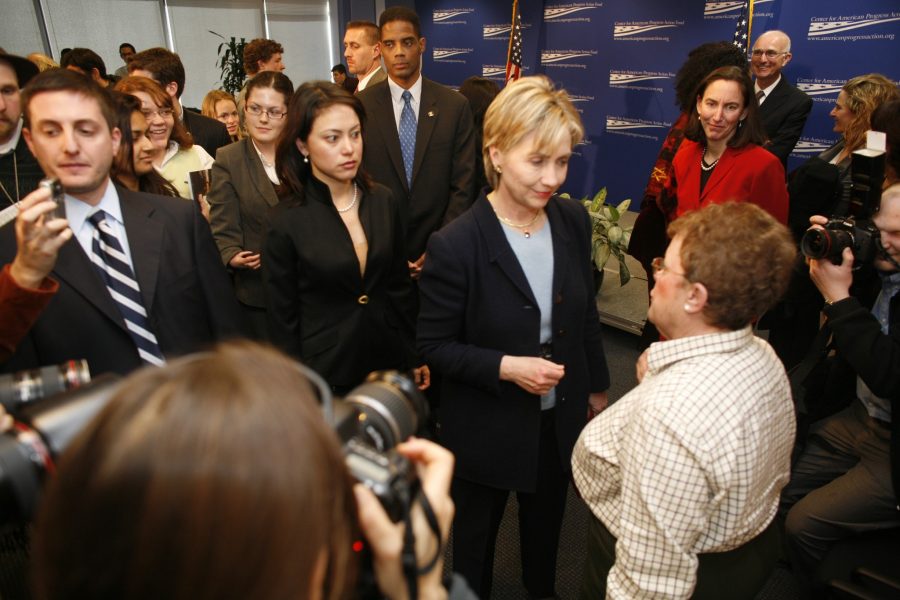 How many little girls do you know that, upon being asked what they want to be when they grow up, say a politician? I personally, know a grand total of none. Not a single little girl that I have ever encountered in my life has told me that she wants to be in politics. Unfortunately, a princess, a Barbie, or some kind of animal are the most common answers and as cute as they can be, these answers are a sign of our culture.

So, why aren’t we encouraging young women to enter politics? When I was little, no one told me that I could be president of the United States, yet I distinctly recall my 6th grade teacher telling my male friend that he should run for office in the future. Of course, it didn’t occur to me until much later that I, in fact, could be president one day. But isn’t that sad enough? My male friends had probably been told this from an earlier age, but no one ever told me that I could be president, I had to learn it. In fact, 63% of college age women in a recent poll said that they have never thought about running for office in the future. Is this because they were never encouraged to consider it earlier on?

However, even if we did tell little girls that they could be anything they desired, such as president, senator, governor, etc., who do they have to look up to? Of all of the offices in the United States, only 17.7% are held by females (American University, 2013). Female senators make up 20%, House Representatives make up 17.8%, and, worst of all, women only make up 10% of state governors.

Although the gender gap has always been present, new studies are emerging that examine exactly why there aren’t as many females in office. American University in Washington D.C. provides several reasons why young women are not running for office. The five factors include things such as the fact that women are less likely to be exposed to political information and discussion and, as mentioned above, that young women are less likely to receive encouragement to run for office.

However, the most notable factor mentioned in the study is that women are less likely to believe they are qualified to run for office. Although there are many contributing factors to why young women feel this way, it only makes sense that one major one is the way women are treated in politics. From being called bitchy, hysterical, and oversensitive, women don’t have it easy in politics. In politics, women are still prone to gender based insults, as well as being singled out for the way that they look. If women politicians are attractive, they aren’t professional enough or may be considered unqualified according to some people. Even if women politicians don’t wear as much makeup as others, they are still judged by their appearance, as if it really is a sign of qualification.

Unfortunately, modern politics bullies females regardless of qualifications. One thing in particular that is a disgusting sign of the times for women in politics is a button that surfaced during a 2013 Republican Convention. The button reads, “KFC Hillary Special: 2 Fat Thighs, 2 Small Breasts… Left Wing”. Regardless of political opinion, this is disgusting. Even though the pins apparently didn’t sell and the vendor was removed from the VIP section of the convention, the fact that these pins exist is revolting. Maybe I’m wrong, but I don’t remember weight or body type being something that makes anyone qualified to run for office. Is this seriously how we want to treat the most influential females in our government?

This type of disrespect is detrimental to our female politicians, it is also disheartening to our young female population. I for one would not want to be subject to the kind of criticism that our female politicians undergo and I have a feeling that male politicians wouldn’t either. Even though numbers of women in politics are minimal, with better education and some encouragement all around, these numbers will absolutely begin to increase, because, after all, the United States has a lot of issues, so why can’t women be the ones to solve some of them?