How to Sustain the Unsustainable 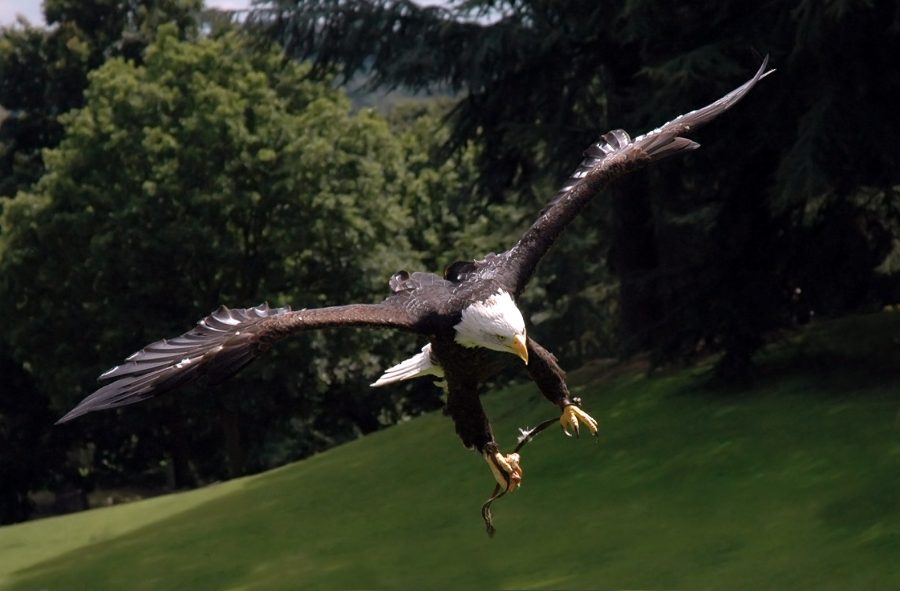 The movement towards more “sustainable” energy seems to rarely cease. In our effervescent quest to stop “global warming” and other types of pollution, alternative solutions, such as solar and wind power, are hilariously embraced as “pure” causes.

When looking at examples of “carbon neutrality” they tend to be causes self-righteously championed by progressives.

I mean, after all, what harm could come from those amazing windmills? I, myself, was one who thought turbines were a great idea. I was completely ignorant to the fact wind-turbines killed eagles.

Recently, the Obama administration approved some companies to “kill bald/golden eagles for up to 30 years without penalty”. According to this article, there has been much cover up about the issue.

What’s important is that we’re killing off the bald eagle, our national symbol.

However, do not dismay, because the mighty eagle is a powerful creature, capable of coming back from near extinction.

And I suppose, I could be attacked as a gender-conforming male, for “TRYING TO PROTECT” a creature whose existence is being threatened, but, it’s just for someone whom I love, and it’s just my wild instinct telling me to do so. So let me pre-apologize for the inevitable offense of some.

Somehow, I feel that the continued desire to make everything “perfect” and “pure” only leads to disaster. The hatred towards anything “traditionally” american (translation: successful) seems to be our national past-time.

And on the other side, are closed minded “traditionalists” who can’t sleep at night knowing gay people are in love or that semi-pregnant women decide to have an abortion.

After all, what’s the death of our national animal, just as long as no human has to admit they’re wrong?

But I suppose it’s the most appropriate metaphor of our time. This passive execution of the eagle, truly symbolizes the complete destruction of our country.

For whatever reason, our national bird isn’t safe.

In our insane world, the obsession over “purity” seems to be inescapable. Making everything perfect, forcing all to conform to ONE PERSPECTIVE, seems to be the only “righteous” cause.

In fact, it seems, as though, the vast majority, who now are lamenting the “impurity” of nuclear power, coal, and gasoline, forget that our “green initiatives”, contribute more to the destruction of earth than we want to admit.

But hey, as long as it FEELS GOOD, it must BE GOOD.

Or at least, I tell myself that to feel better.

No one respects nature anymore. Humans have placed themselves as the most important creatures on earth.

I wish Americans would get along with the eagles and learn to cooperate.

We’re too focused on labels, far too often.  Just because something is “green” doesn’t make it sustainable.  And just because you don’t agree with someone doesn’t mean they’re wrong.

We shouldn’t bring our national emblem crashing down simply because we let our differences divide us.

I suppose though, that’s the beauty of America. We can exchange ideas and have the freedom to change our minds. We’re not stuck in one box, regardless of how hard others try to force us into one.

All Americans should be allowed to fly like an eagle.

That would be cool.  Just please, watch out for the turbines.

Because, regardless of what others will tell you, it’s my dream for you ALL to fly.

Patrick Gronstal is au natural. He can be reached by mail. All letters of complaint can be sent to his office, where they will be promptly sorted, organized, read, and filed.