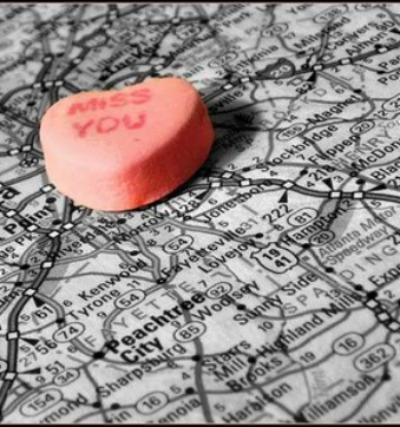 Everybody fights, but couples tend to fight even more. Now, couples in long-distance relationships? Well, my opinion might be a little biased, but I think they fight the most of all. It’s just natural. If things can so easily be misinterpreted in person, imagine how easily it would be to misinterpret things from 1,000 miles away. It’s easy to let things and people influence you on a situation. Misperceptions are so easily conceived. It can be from your friend telling you one thing, changing your thoughts about your significant other, or thinking your significant other was just being plain rude and mean when they were really trying to make a joke.

Things like this can cause a rift between two people, so it’s always important to be completely honest with each other. Don’t let the anger and problems fester. That’ll just create more problems and resentment. Instead, address the issue. It may get messy at first when dealing with the conflict, but it’s better than letting it all erupt at once.

You can get through any problem as long as your feelings towards each other don’t change. As long as deep down in your heart, you still care about and love each other, there’s still a chance you will be able to fix the problem. But once all of that goes away, it’s hard to find again. If you can give an ultimatum and tell your significant other that you’re going to break up with him or her over something, while the both of you know that the opposite will actually happen, then you know it’ll work out. This has happened to a few of my friends, and it’s similar to what my parents told me about their relationship. They used to fight a lot more about things like how to raise the kids, how some of the things should work in the house, or how the relationship should go, but at the end of the day…they loved each other and knew they would be okay.

But again, communication is always a big contributing factor to whether a relationship works out. There are quite a few people that I know who are in long-distance relationships. One of them is my friend who has been in a relationship with her boyfriend for years. She was the one who stressed to me how important communication is. For her own relationship, they use Skype and write letters to each other. They also do random and spontaneous things for each other. He gets flowers delivered to her house every week, and she sends him random things that she knows he’ll like. Not everyone has to follow what my friend and her boyfriend are doing. Every couple is different; you just have to find what works for the both of you.  However, communicating and showing each other that you care is what keeps any relationship going, but it’s extremely vital in long-distance relationships. Even a simple text message checking up on them throughout the day sometimes suffices.

And always remember that there will always be ups and downs. Two people and their relationship don’t have to be perfect, as long as they try for each other. That’s what really matters.