The Good, The Bad, and The Ugly of Women On Television 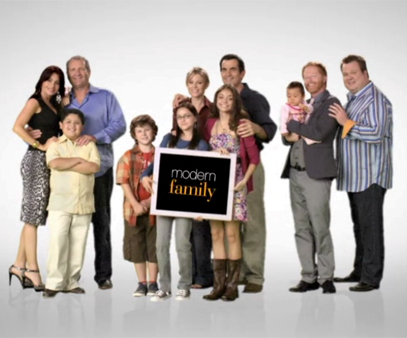 Welcome to the Femme Avenger! My name is Madeline and this blog’s purpose is to evaluate gender roles and stereotypes in the media that we are exposed to every day. Hopefully you’ll learn something new and start to examine media with a sharper eye! After all, you can’t start change without good old intelligent conversation, am I right?

Now onto the good stuff- this week’s all about evaluating the portrayal of women on TV.

Most of the time, women on television are portrayed in a very stereotypical way. They’re overly sexualized, they’re extremely maternal, they’re victimized, or, my personal favorite, they’re presented as a soul-sucking bitch. I don’t know about you, but I don’t think it’s too much to ask for that women be portrayed as normal human beings. I’m pretty sure that all females don’t walk around with our boobs hanging out yelling snarky comments at passersby on the street, but according to TV, that’s pretty much any woman’s full time job.

So, let’s start with the bad of the women on TV…

How about “Modern Family” to start. This show has done wonders as far as innovation for gay couples, however, it has set females on television back a pace. Gloria, the sexy Latina trophy wife of a much older man, is constantly objectified and overly sexualized. She is shown wearing only low cut, revealing clothing and is never seen without makeup or styled hair. Gloria proposes the idea that women should be act in a stereotypical manner- constantly made up and dressed to impress, because unless you look attractive, you’re never going to find a man. This especially impacts younger viewers who can get the impression that looks are the only thing that matters in life, not intellect. This, ladies and gentleman, is already not good. But, wait, there’s more!

“American Horror Story: Coven” is a great example of the bad in television. Fiona Goode, the Supreme of a coven of witches is a prime example of the bitchy female stereotype. It’s commentary enough that the coven is entirely female, but to make matters worse, Fiona cares about no one but herself and is vain beyond belief. She has framed people for crimes and has harmed others without any inkling of guilt. Fiona is the embodiment of selfishness and while not affecting young viewers, she does leave a bad impression of women in every viewer’s mouth. Again, not something worthy of praise.

Now onto the ugly, but don’t worry, the good is coming…

A prime example of the ugly is Cersei Lannister from “Game of Thrones”. Cersei is certainly not a character that comes to mind when I think of people that I’d want to be around for a prolonged period of time. She’s cruel, she’s manipulative, and she’s just plain evil. Despite the fact that she’s had a tortured past, she takes the throne as Queen of the Bitch Stereotype. She’s shown as cold and heartless, going so far as to kill her husband to keep her secrets. Cersei’s also victimized in the show as well. Cersei’s queen, but that doesn’t matter because she’s always overthrown by a male, whether it be her husband, her brother, or even her own son. In one instance, Cersei was speaking to her husband and, undeservedly, he slaps her across the face hard enough to cut her skin, simply for speaking up. George R. R. Martin, I understand that Westeros is a foreign land and things are different there, but I’m can pretty much guarantee that hitting women isn’t cool there either. Oh, and neither is joking about raping them or forcing them into marriage. Just saying.

Now, the moment you’ve been waiting for. Finally, we come to the good of women in television…

If you’ve ever watched “Rizzoli and Isles”, a TNT show that’s into its 5th season, you know that both of the leads are extremely positive characters. Dr. Maura Isles has her M.D. and is chief medical examiner in Boston. She’s also incredibly brilliant, filled with not only the occasional random fact, but with endless knowledge about crime, weapons, you name it. Meanwhile, her counterpart, Detective Jane Rizzoli is brilliant in her own right. Having the “street smarts” to compliment Maura’s technical intelligence, Jane is another positive female character who in particular demonstrates that not all women need to have pounds of makeup on or wear heels every day to be a true woman. Both characters are professional and present a positive representation of females on television. In addition, neither of these characters is overly maternal, bitchy, or sexual, but are rather intelligent, witty, and, most importantly, progressive.

So, there you have it. The good, the bad, and the ugly. I hope that you’ve enjoyed the article and will start to recognize some of these stereotypes in media and be a little more critical.