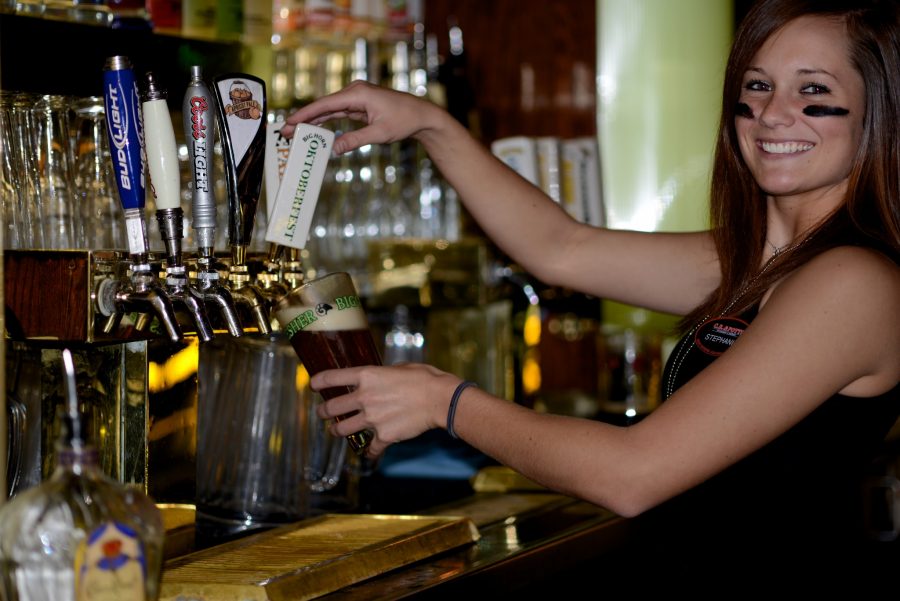 The leaves are changing colors and so are the taste buds of those around Fort Collins. People are breaking out the scarves and sweaters to battle against the cold chill that has settled around town. Snow is just around the corner and now that the temperatures are dropping, people are looking for something special to satisfy their cravings.

Microbreweries, liquor stores and restaurants alike have noticed a trend in the types of drinks people crave during the autumn season.

Specific types of hard liquor, beer and cider have become more popular, especially during the fall. Anything with pumpkin, smoky-flavors, or honey and cinnamon tend to be the top-sellers.

Coopersmith’s Pub will be releasing a new ale in November that features all of these flavors and more. It is called “Charlie’s Great Pumpkin Brown” and includes over 200 pounds of pumpkin in a brown ale.

According to Sweet, Coopersmith’s Pub releases it every year and it is wildly popular with people around Fort Collins.

“We use hops, barley and real roasted pumpkins with cinnamon and nutmeg usually,” said Lindsay Eisiminger, a bartender at CB & Potts.

Their pumpkin ale is dubbed “Oktoberfest.” According to Eisiminger, people begin asking for it in early September.

Along with ales, hard liquor is adapting its flavors to the chilly fall weather.

“Jameson, Canadian whiskies, Irish whiskies, and Crown Royal are popular. We actually have a honey Jack Daniels that is popular because it warms your belly,” Eisiminger said.

Warming your belly is not the only objective of these fall-infused drinks. It gives brewers and store-owners a chance to experiment with new flavors on the shelves.

“We offer a pumpkin-spiced Burnett’s vodka — we’ve sold four bottles this last week,” Musa said. “You can put it in coffee or hot cocoa.”

According to Sweet, brewers are able to play around with flavors and are able to be pretty creative when concocting new fall drinks.

“The nice thing about (fall drinks) is as we get into the good harvest season for apples, fresh flavors change a bit,” Sweet said. “It is a little less tart and sweeter from the nice gala and red delicious apples.”

Apple is one of the more popular flavors, along with pumpkin. Flavors as well as brands become more popular in the colder months.

Prices for all these and more remain competitive. According to Eisiminger, CB & Potts offers a normal microbrew for $4.75.

“Handcrafted microbrews are $5 for 18 ounce,” Sweet said, when talking about Coopersmith Pub’s pricing.