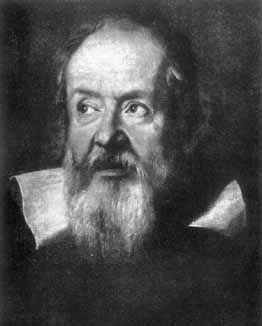 Galileo Galileli is the greatest physicist of all time.

A long time ago in Italy, Galileo published some work that angered the Church quite a bit.  He used science known as kinematics to prove the earth rotated around the sun, instead of the opposite; a position held by the Catholic church. Convicted of heresy for promoting a Copernican view of the universe, he was silenced and placed under house arrest until death.

Galileo was still a total scientific genius. He literally has had more of an impact on the world of science than most anyone today. Outrageously brilliant, he invented an improved telescope that began space exploration.

As a child he dropped out of the University of Pisa due to lack of funds. Yet, due to his sheer brilliance, he was capable of returning and teaching as chair of mathematics at just age 25 (Fowler, 2013).

Although, Galileo got himself into trouble with his humor and honesty. He fought for the belief that the Copernican model of the universe was correct and that the earth moved.  I suppose changing the way we view the universe and our place in it is fairly upsetting.

Most of Galileo’s advancements were so innovative, it wasn’t until 1992 when Pope John Paul II finally admitted the church was wrong in condemning him. (The New York Times, 1992)

Most science used in space has come from Galileo, making him the first astrophysicist. This is largely attributed to his improved telescope, and mathematics. Galileo is considered to be the first experimental scientist. He majorly contributed to what is commonly known as the “scientific method”. (Machamer, 2013)

Without Galileo, you wouldn’t have the internet, cellphones, TV, or anything else that tends to clutter your life.

Somehow, I think that last sentence had a hint, just a hint of sarcastic humor. I’ll leave it up to you to figure out where… (hint: It’s the entire sentence)

But if you think about it, each listed item is somehow related to the physics and scientific methods Galileo established.

Thanks a lot Galileo, since you were so smart, everyone else now thinks they are too. Especially moi.

Galileo, even though in your lifetime you’re labeled heretic, imprisoned to home, and forced renounce your entire life’s work as untrue…

I just wanted to inform, since your death, everyone’s been acting, as if they innately understand what you demonstrated.  Everyone walks around today as if the concept of the sun going around the earth was always known.  I wonder what it must’ve felt like to be as truly brilliant as Galileo.

If anyone knows of a legitimate way to time travel so that I can meet him personally, let me know.

Until then, all I can say is: