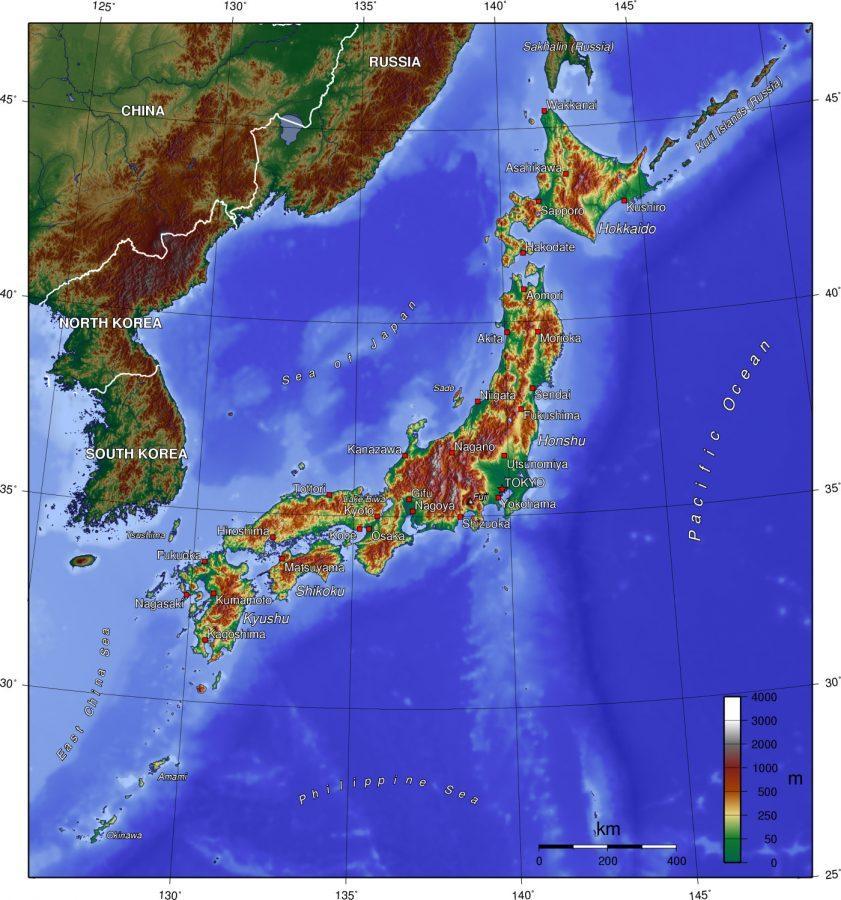 Well, Fort Collins. My time here in Japan is running out. Tomorrow is Thanksgiving, and that day marks three weeks until my flight back to Colorado. The thought’s got me a little sad tonight, so to help me cope with the fact that I’m going to miss Japan for a long, long time, I thought I would take a look at five things I won’t miss about the country. You see, no place is perfect, and though I love a lot of things about Japan, there’s a few things they don’t do right.

Shopping. Grocery shopping is something I just take for granted back home; I mean, it’s ridiculously easy. But it gets a lot harder when every word in the store is written in Japanese. You make a lot of mistakes, you don’t know what you’re buying half the time, and sometimes you buy caramel sauce instead of peanut butter (why the hell was there a peanut on the package?). Add to that the fact that everything’s much more expensive (take a gander at the picture to the right) and that you have to bag your own groceries, and shopping is a helluva chore in the Land of the Rising Sun.

Bathrooms. Let’s get this straight: bathrooms are a mixed bag in Japan. For example, heated toilet seats are borderline magical in the fall and winter. But entering a public bathroom in this country is like entering some sort of Indiana Jones adventure. They put the flushers in random places in the room, the toilets have more buttons than an Xbox controller and sometimes the toilets are nothing but holes in the ground. It’s basically a game of Russian roulette, and I prefer my bathroom visits to be simpler.

Discrimination. I wrote about this in a blog back in September, but it’s worth another look. Being a white man in a country that is 98.5% Japanese means you stick out a lot, and you get both special treatments and a lot of discrimination. People move away from you or won’t sit next to you on trains, people take pictures of you or just stare at you wide-eyed. At one point, it was mildly entertaining, but it grates on you after a while. I’ll be looking forward to becoming just another white boy.

Hours of Operation. Back home, I was often enraged at the Qdoba on Elizabeth Street closing at 10 or 11. That’s nothing compared to Japan. There’s a dessert called taiyaki; it’s a fish-shaped pastry filled with cream. It’s delicious. In the town I live in, there’s an awesome taiyaki stand, but it is open from 11 to 6. Why, Japan, why? And that isn’t an isolated incident; things that are still open by 10 are a rarity on the weekends, and are even harder to find on weekdays. It’s frustrating!

Transportation. Just about everybody in Japan travels by train or subway. Being from Colorado, I’m not really used to this and I miss driving so much. Also, having to be on a schedule to catch trains is awful, and they even stop running at night. The system can be confusing to non-speakers too, and the people working there tend to exploit that fact. I’ve paid double for tickets, gotten on the wrong train and had to pay extra, and been yelled at for listening to my music too loud (I was wearing headphones!). Not going to miss trains at all.

So those are five things I won’t miss about Japan. While there have been some qualms, my experience here has been extremely positive (and, to prove this, I’ll blog about five things I will miss about Japan next week) and the differences between the cultures are what makes my time here interesting. Have a happy Thanksgiving, FoCo!