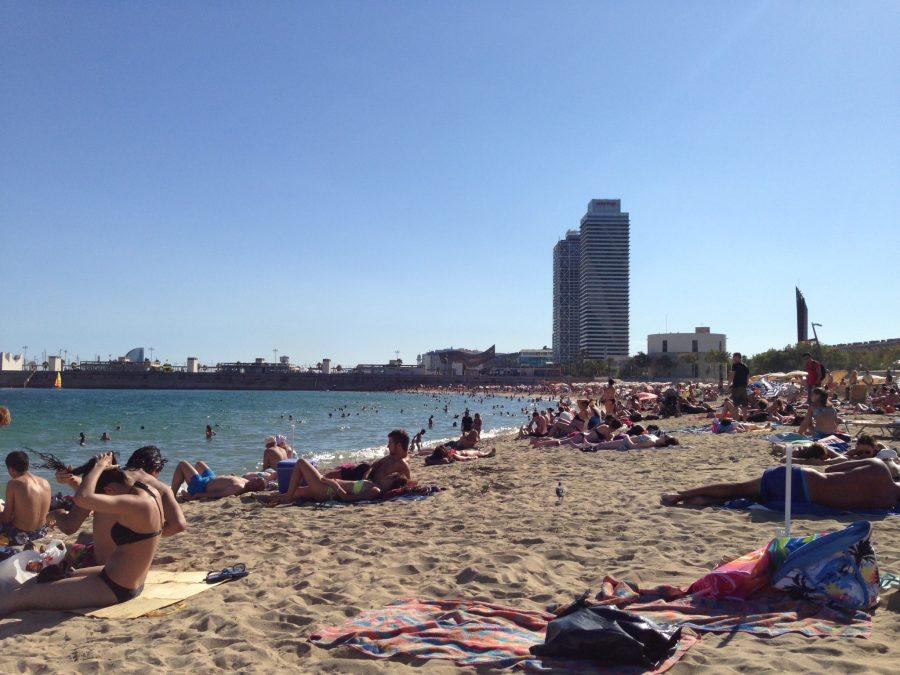 The beaches in Barcelona are beautiful, but did you know they didn’t exist until 1992? In the early 90s the Olympic Games came to Barcelona, so the city decided to revamp their industrial coast line to accommodate tourists. The city imported sand from Egypt and now they are listed on the top ten beaches of the world by National Geographic.

Tapas originated in Andalucía, a Southern province of Spain. The Spanish king Alfonso the 10th and the Wise, had a disease that forced him to take small bites of food with some wine between meals. After the wise king recovered he ruled that no wine could be served unless it was accompanied by something to eat. This was also a good method to feed people who drank wine on an empty stomach. The bars didn’t want to lose profits, so they served a small plate of food with their beverage. This plate covered the top of the glass. The word “tapa” translates as “cover”.  Today tapas bars are popular all around Spain and are a great place to socialize. Tapas often include items such as sausages, Spanish omelet, meatballs, shrimp, and fried potatoes.

3. Sagrada Familia is Still a Work in Progress:

La Sagrada Familia is still in progress after 130 years and isn’t expected to be completed for another 13 years! The Great Pyramids of Giza took 20 years to build.

4. Las Ramblas, Meaning More than One:

Las Ramblas is famously known as the center street in Barcelona that stretches to the sea. It is a wonderful place to shop and dine.  But did you know that Las Ramblas is not just one street? It is actually 5 different avenues. If you explore all of them you will be able to find more authentic shops and restaurants.

5. The Story behind the Columbus Monument:

The Columbus Monument was built in 1888 at the World Exposition and was renovated in 2013. Many people think the statue is pointing towards America. But, he is actually pointing in the opposite direction!
Related articles

4 things to do in Barcelona