2 Things to Avoid Doing When Traveling 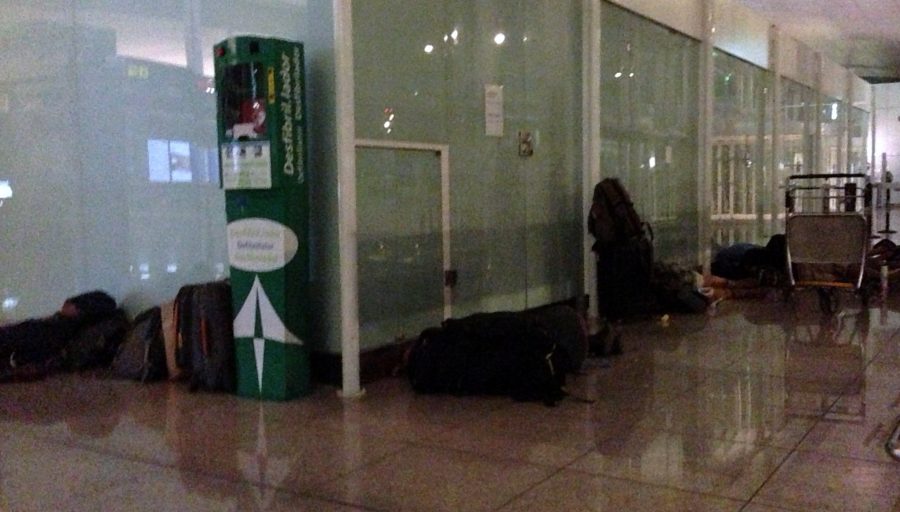 The half a dozen other people sleeping in the airport. (Photo by Lauren Klamm)

During my summer backpacking trip through Europe, I realized two important things I should not have planned on doing.

1. Do Not Underestimate Travel Time.

Whoa. This was such a mistake. Traveling takes a lot of time and energy, so don’t overdo it. For many stretches of my trip through Europe I planned for travel times to be sleeping times. This was so wrong. Why didn’t someone warn me?

Assuming that a five hour overnight train ride will result in a peaceful slumber is ludicrous. When you are planning to take a train long distance, you actually need to be alert because you will need to change trains! What a concept.  Little ole me, who had never before been on a train didn’t realize this. If you want to be well rested to experience your trip, do not plan on sleeping overnight on a train with several train changes. Plus, your train rides won’t all be in vain.  Many of the views along train rides are beautiful and are a great way to quickly see the European landscape.

2. Do Not Purposefully Sleep at the Airport.

On the last night of my two week adventure through Europe my friend and I decided to sleep in the airport to save money, and also because we had a 6 o’clock flight the next morning. Why did we think this was a good idea when traveling from Spain all the way home to Colorado? Sure, other people were sleeping in the airport.  Lots of people, actually. But I’m sure they were not planning on international travel.  This was an outrageous idea. We tried to sleep on the cold tile floor in the Barcelona airport, which had an ongoing loud speaker of takeoff and arrival announcements. We also had to withstand the custodial crew emptying trash cans and waxing the floor. I slept about one hour that night.  Once I got home to Colorado I had not slept for almost 40 hours.  I’m sure that is the reason I forgot to pick up my luggage at customs, and was then placed on a ‘special list’ of travelers who had suspicious luggage. Somehow I still managed to obtain my belongings.

Honestly, though, I wouldn’t change a single thing about my trip, because even the weirdest or miserable situations make for great memories. Don’t stress about having a perfect trip that is meticulously planned. Sometimes the bumps along the way make for the best stories.