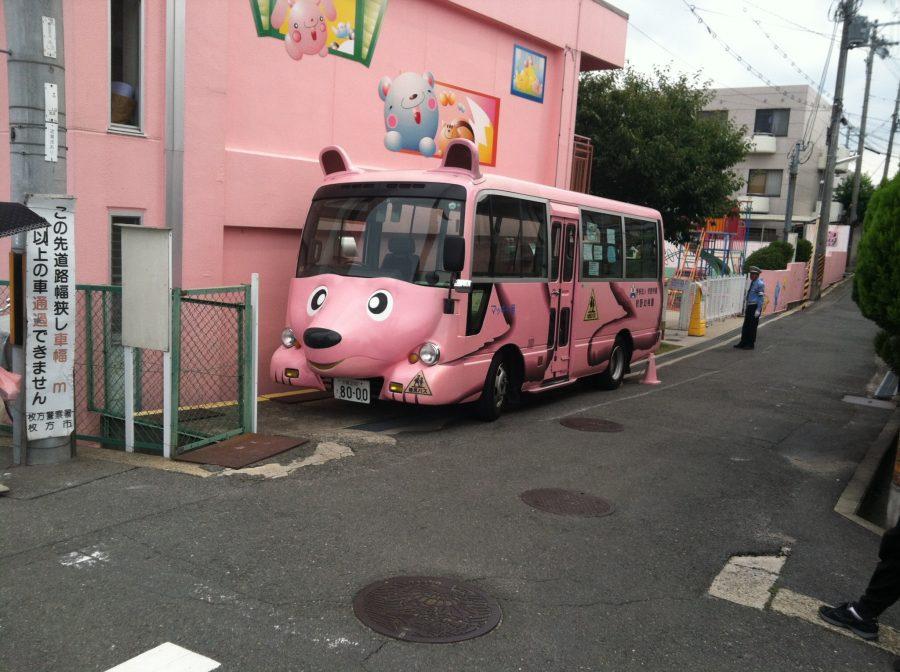 One thing I didn't have to adjust to were their school buses. Those were adorable from the start.

Hello again, Fort Collins! It’s Wednesday, and that means it’s time for another installment of Konnichi Wa, Fort Collins. I’ve now been studying abroad in Hirakata, Japan for over six weeks. Before I know it, this experience will be over (and that’s a sad thought!).

If you’ve ever looked into studying abroad or taking a job overseas (or already have), you might have heard of Sverre Lysgaard’s “U-curve of cultural adjustment” hypothesis. It’s a highly prevalent hypothesis; it was brought up to me multiple times before I left, it was a topic of discussion in my Intercultural Communication class abroad, and there’s part of a page devoted to it on the CSU Study Abroad website.

If you’re unaware of it, here’s what it’s all about. Basically, there are four stages to studying abroad. First, you experience a honeymoon phase, where everything about the new culture is fascinating and awesome. But, after three to six weeks, you suffer what is called “culture shock,” and what was once so great starts to grate on your nerves. You can often fall into depression during this time, and culture shock can take a physical toll on you. But soon, there’s a recovery period, and you eventually make it to the adjustment phase, where you are adjusted to your surroundings.

Well, I’m six weeks deep into my experience here, and I can say there’s some truth to the U-curve theory, but that it doesn’t hold true for everybody.

I’ve definitely seen culture shock hit some people here pretty hard, but never so hard that they wanted to go home or that they fell into a great depression. It basically just comes out in rants about what pissed them off about the country and in short tempers. For some people, this phase is still going.

My experience has been pretty different. Looking back at my first day here, it’s pretty clear that was the worst day I’ve had in Japan thus far. While I had a lot of fun and a lot of laughs that day (a jetlag-fueled grocery store trip in a foreign country made for comedic genius), I was also offset by extreme nerves. The first night in my futon (they don’t sleep in beds here!), I felt super ill, got no sleep and felt like I made the wrong decision studying abroad.

Luckily, after that first night, my nerves calmed significantly and I began to have a little bit of confidence in my daily Japanese life. Though I still speak very little Japanese, I’ve learned how to get by. A lot of little things bother me about Japan (their odd, ridiculous trash system, hospitals being closed on weekends, a lack of air conditioning), but I’ve learned that if you take everything with an open mind and a self-deprecating sense of humor, you can even make culture shock a good amount of fun!

So, there is some truth to the U-curve hypothesis, but it’s not perfect. Don’t let your fear of culture shock quell your desire to study abroad, because if you go in with the right state of mind, it’ll be no biggie at all!