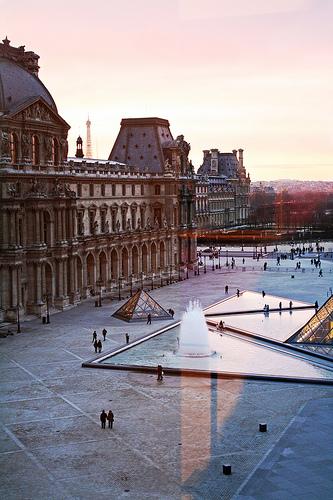 Fashion month wrapped up in Paris, but by no means without a bang. The shows were as incredible as the clothes coming out of them. But this post isn’t about the clothing, but rather the beauty.

Paris ranged from barely there makeup to over the top looks. Only in Paris could they offer this diverse of a range and get commended on it.

Like in Milan, Paris offered dozens of designers with barely there makeup on their models. The look can be easily replicated with a layer of mascara, some light BB (CC or DD) cream, and a clear gloss. 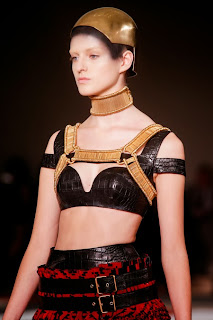 Contradicting the barely there idea, many designers such as Vivienne Westwood, Givency and Louis Vuitton went with Halloween worthy looks for their shows. Rather than looking realistic, these looks added plenty of flair to the less-than-boring shows. 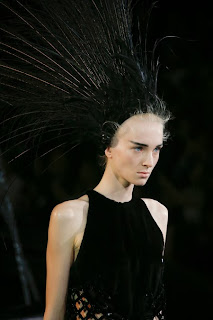 Pastels were bound to pop up whether in the clothing or the makeup for spring. Designers put a spin on this trend by showing looks that ranged from subtly smoked to structured and squared. There is no question that this trend will be very accessible come the spring. 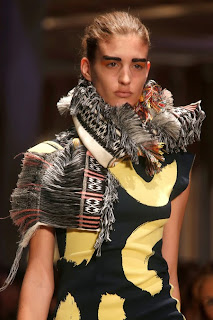 Like its predecessors, Paris showed more of the slicked back hair look. So ladies, don’t be afraid to load on the product for that “wet” look next season. 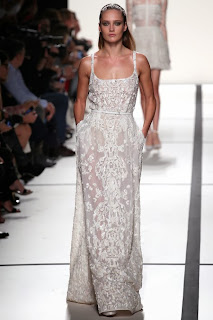 This, I’m actually excited about. Dark polish is one of my weaknesses (I have Sally Hansen’s Navy Baby on my nails right now!) so this trend works for me. Dark colors are one of those things that when played right, can come off as neutrals. Heck, black, navy and grey are all considered neutrals, so why not wear them on your nails when the weather gets warmer? 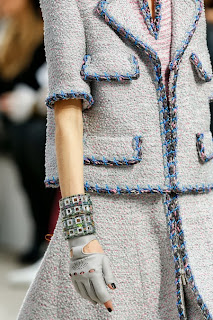 Stay tuned for the final post in my fashion month roundup!

Check out my blog: stylenomics101.com