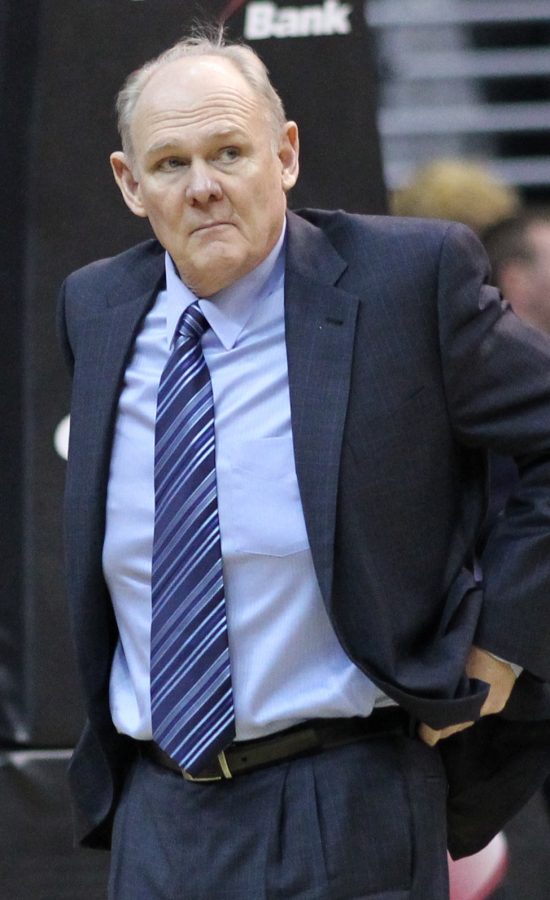 The Nuggets’ front office finally had enough of postseason mediocrity. After losing to the Warriors in the first round last season, George Karl was relieved of his duties. He now sits in infamy as the only coach in NBA history to be fired after winning the Coach of the Year award the same season.

Karl probably got outcoached by Mark Jackson on numerous levels in the playoff series. But we have to look deeper into the series before putting all the blame on the former coach.

Clay Thompson and Stephen Curry seemed to make every shot once they stepped foot in the arena. Andrew Bogut somehow morphed from another injury waiting to happen into an intimidating force on both sides of the court. And Harrison Barnes, who got relatively few minutes during the regular season, became a thorn in the Nuggets’ side all series long.

Sure, Denver got outplayed. But looking back, the Warriors were a better team.

Fans need to let go of the ignorance and give Karl the recognition he deserves. He led the Nuggets to the playoffs in all nine seasons with the team.

Even though the NBA’s current playoff system parallels third graders getting a participation ribbon at field day, it’s still an accomplishment to advance past the regular season.

Just look at the Wizards, Bobcats and Kings and see how they would feel about playing meaningful basketball in May each year for the last decade.

Winning NBA titles now requires at least two superstars. Karl had one for the better part of his tenure with the Nuggets in Carmelo Anthony. But remembering the players around Anthony, it’s amazing the Nuggets won as many games as they did.

Following the Nugs-Knicks trade where the teams basically exchanged half of their players, Karl was left without a superstar, or even an All-Star. The team still won despite not making any noise in the postseason.

Last season, the club won a franchise record 57 games. What’s more impressive is that Denver went 38-3 at home. Visiting teams always seem to make excuses about the altitude when playing the Nuggets in the Mile High City, which is fine.

But winning nearly 93 percent of home games is insane. And with the up-tempo style of basketball that Karl encouraged, the Nuggets were highly entertaining.

Kiss those days goodbye, at least for now.

Brian Shaw now takes the reins in Denver. Known as a defensive mind, Shaw figures to spend more time getting his team to stop opponents as opposed to running them out of the gym.

From an offensive standpoint, Shaw likes implementing a triangle offense, a style Phil Jackson ran with the Bulls and Lakers. For that to be successful, a team needs players with high court intelligence and ability to shoot jump shots.

The Nuggets have very few of those guys.

The front office made relatively few changes to the roster in the offseason. Andre Iguodala bolted to the Warriors and Corey Brewer went back to his former team, the Timberwolves.

New additions include Darrell Arthur, Randy Foye and JJ Hickson. The most notable pickup for 2013-14 has to be the always energetic Nate Robinson.

In a conference loaded with superstars, the Nuggets may see a regression this season. Shaw could be the perfect replacement to Karl, but will need more than a few months to get this team to the next level.

Three keys to the season for Denver:

Give Ty reinforcements. This is Ty Lawson’s team for the foreseeable future. With Iguodala gone, several players have to assume leadership roles. Wilson Chandler, Kenneth Faried and Robinson come to mind.
Keep winning at home. The Nuggets fail to make the playoffs this season if they don’t dominate at home. 38-3 won’t happen again, so 25-28 wins in Denver should be the goal.
Get an identity. Under Karl, the Nugs were an offensive juggernaut, but were atrocious defensively. Will Shaw bring out some toughness and attention to detail in this bunch?