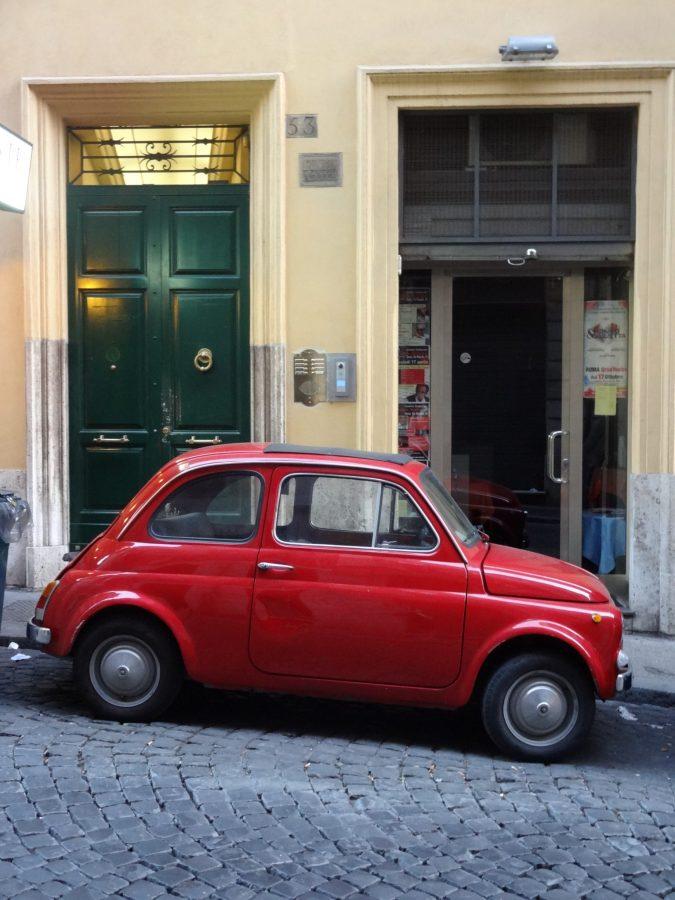 Italian car on the street. (Photo by Lauren Klamm)

When my friend and I got our first glimpse of Rome,we were terrified. During the planning process of our summer trip to Europe, Rome was at the top of our list. We had high expectations of the bustling city and we wanted the cliché Roman experience.

Before we arrived in Rome, we had spent several days in the sleepy Italian town of Riomaggiore. We went from a town with a population of less than two thousand people to being surrounded with almost three million people! This took some getting used to.

When we walked out of the train station in the early afternoon, we were instantly aware of the pollution, homelessness and crime spread through the area. As we navigated the streets to our hostel, we were bombarded with people trying to sell cheap souvenirs, city tours and knock off handbags.

After we settled into our hostel room, we decided to go out into the city and explore. We went to Trevi Fountain for our first Roman jaunt.

Don’t forget to throw a coin into the fountain for good luck!

Afterward, we went to a small restaurant near the town square. Amateur move!  Avoid inexpensive looking restaurants near town squares. These places prey on the naive by delivering bad quality meals with large price tags. My pizza was decent and wonderfully thin, but our pitcher of tap water cost $6.

Rome is a very expensive city. When you are looking to stretch your budget, be sure to eat at restaurants that do not have an English menu option – this screams ‘tourist trap!’

On our evening walk home, my friend and I were weary of the dark streets. As we strolled along we noticed flashing blue lights across from the hostel doors. Someone was mugged! We panicked and then hurried to our room! This was one heck of a first impression.
Related articles