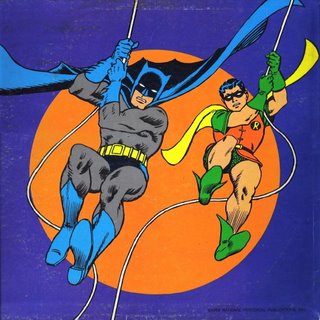 This is the part 2 of the 6 part series “A Brief Guide to Robin”. Part 1 (Dick Grayson) can be found here.

Jason Todd was one of the more controversial Robins. The most recent rendition of his history, Jason is a street rat who first meets Batman while trying to steal the tires off the Batmobile. Charming, right? His father was a petty criminal who left him and his drug addicted mother after his prison sentence was up. His mother overdosed, leaving young Jason to make money by selling stolen car parts. Bruce saw his criminal potential so he took Todd in as the second Robin. He had sharp street skills and the eagerness to perform, but unlike Dick, Jason had a skewed moral compass. He had a hard time controlling his anger, often using excessive force or firearms. Jason’s fate was put in the fans during the “A Death in the Family” story arc. Jason is lead to Ethiopia after he discovered that his birth mother is working with an aid organization. He tries to track her down, but falls into the trap that the Joker planned. Badly beaten and trapped in a warehouse set to blow, writers cast a poll for fans to decide if Jason will live or die. In a narrow margin, Batman is too late to save him. It emotionally cripples Bruce. He blames himself for not training him properly and protecting him from the Joker.

But like most characters in the comic book universe, he doesn’t stay dead for long. This is where the story gets a little sticky: Jason really did die, but only in that reality. Superboy-Prime (an alternate universe Superman) alters reality resulting in Jason breaking out of his coffin without any memories of Batman or his death. He soon falls into a coma and captures the attention of Talia al Ghul. Talia, the daughter of Batman’s enemy Ra’s al Ghul, tries to heal Jason but he never becomes mentally whole. Ra’s al Ghul sees him as a waste of time and wants him gone. In a desperate attempt to save him, Talia dips him in the Lazarus Pit to restore Jason’s health and memories, with a twinge of resentment towards Batman. He is furious that Batman let Joker live, and is bend on revenge. Jason assumes the identity of the Red Hood and returns Gotham, waging war against gangs and drug dealers with his signature use of violence. In a tense confrontation, Jason kidnaps the Joker and lures Batman to his “rescue”. Jason angrily asks why Batman allowed the Joker to live. Batman simply states that killing is never the answer. And then Jason gave him a pistol. Batman had to shoot Jason in order to save the Joker. Jason counts down from three when Batman flings his batarang, hitting him in the throat and releasing the Joker. Now the Joker had amble time to detonate explosives that laced the building, throwing them into the bay below. This won’t be the last you hear of Jason Todd.

Jason Todd brought dimension to the Robin archetype. Dick was an admirable Robin and had his dark moments, but Jason was a whole different beast. He was broken, misguided kid with good intentions. Jason showed the limits to Batman’s philosophy and will always be my favorite anti-hero.