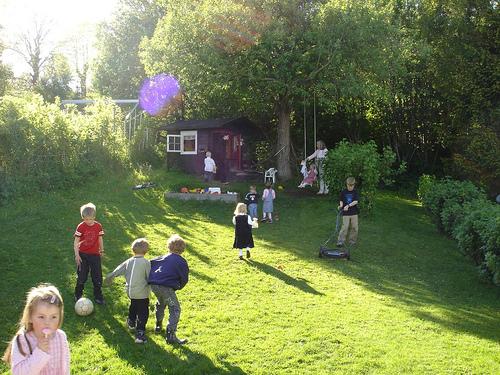 Before 2008, Fort Collins lacked an affordable therapy center focused on the interactions between parents and children.

Sarah Carlson, co-founder of the Parent Child Interaction Center, said this was an opportunity for her and a colleague from the Larimer County Health Department to open a private practice together focusing on the specific evidence-based treatment of Parent-Child Interaction Therapy.

“Our vision was to have a group private practice specializing in a treatment no one else was providing in Larimer County,” Carlson said. “And make it accessible to all citizens, regardless of income.”

The PCIC is centered around parent and child interaction therapy which is held in 10 to 20 sessions consisting of parent training intervention that coaches parents’ specific behavior management techniques during interactions with their child.

According to the PCIC’s website this type of therapy “is an exceptionally effective treatment backed by 20+ years of research.”

Made up of nearly 10 certified Parent Child Interaction Therapists, those who work at PCIC have a heart for children who have been labeled as early as preschool as being difficult, challenging, ADHD, autistic, or who have been through trauma and show it through their behavior.

“The most common interaction we see is a young child who is showing distress through behaviors,” Carlson said. “Mostly because they seek attention and cannot verbalize what they are needing.”

The therapists at PCIC help the parents by first identifying the negative cycle, then teaching parents therapeutic techniques to avoid further escalation.

All the therapists at PCIC participate in outreach by being involved as board members, on advisory boards, as well as giving free presentations to members of the community about parenting.

PCIC therapists especially enjoy participating in health fairs where they can educate families about counseling with young children.

“We have taught a practicum course on PCIT for the past several years for the Ph.D students in the Psychology Department of CSU,” Carlson said.

Carlson said when they initially brought the center to the community, they had to educate other professionals who come into contact with young children that such a therapy existed.

“We feel that we have succeeded in bringing a treatment that has over 30 years of research backing its effectiveness in reducing children’s problem behaviors in a short period of time,” Carlson said.

To the future of PCIC, Carlson said, “our hope is that parents see themselves not as the cause of the problem, but as the solution.”

Content producer Hannah Glennon can be reached at news@collegian.com.