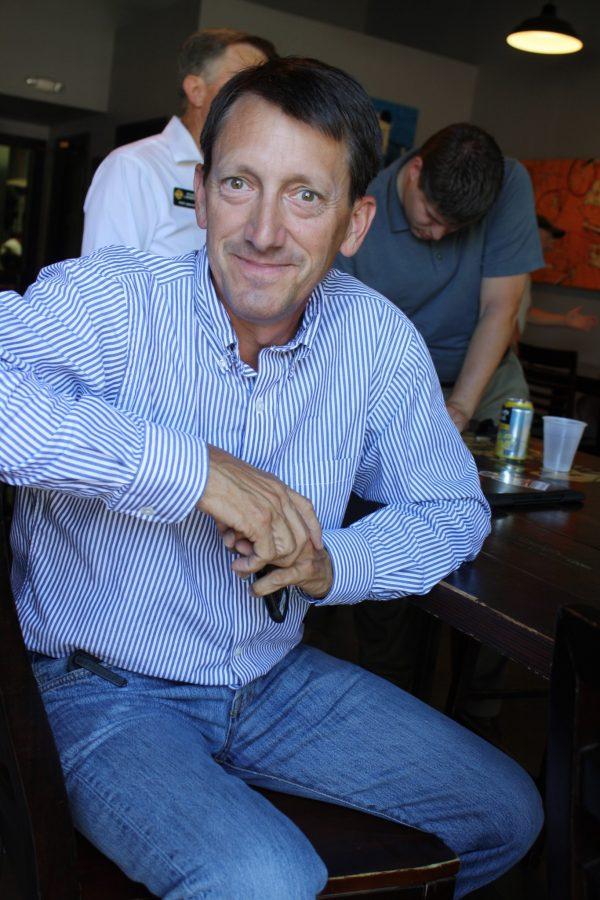 Growing up in small town Wray in Northern Colorado, Greg Brophy did not intend to go into politics. After meeting his wife Angela in the Ingersoll cafeteria of Colorado State University as an animal science major, the two planned to return to his family farm.

“We both worked in the cafeteria; the cafeteria was in the dorm I lived in and the dorm he had previously lived in,” Angela said.

Greg’s plan changed when he came face to face with costs instated by the government.

“I was out farming and state government got into our business and it cost us a lot of money and didn’t do any good,” Greg said. “So I visited with elected officials about it, and it was like talking to a wall. They didn’t understand the issues, so I said to myself at the time, ‘They need more farmers in the capital.’ That’s how I ended up here.”

Greg is currently a candidate for the Colorado Governor. While his family ties and love for Colorado have kept him close to CSU, his career veered from working as a professional farm manager in 2000 to becoming a Republican representative in the Colorado House of Representatives in 2002, followed by appointment to the Colorado State Senate in 2005. He continued in the Senate for the following eight years.

While continuing to maintain their farm and take care of their three children, Greg and Angela are looking forward to the campaign ahead.

“What I look forward to most is just getting to travel the state, and to meet real people and talk to them, that is the fun part,” Angela said.

Greg’s vision for Colorado is to preserve the liberties of its residents.

“My vision for Colorado is first and foremost to protect all of your liberties — all of them,” Greg said. “Second, to put in place a no drama state government that takes care of the kitchen table issues of limited government that everybody in the state of Colorado wants.”

Behind his vision, he plans to “work on roads, schools, public safety” and higher education funding.

“Here we are, we are in Larimer County, the home to CSU. CSU gets $125 million from the state of Colorado each and every year, but in five to seven years, or the next recession, whichever comes first, because of the expansion of Obamacare in Colorado, I fear that it is probably 90 percent likely that CSU will lose all of its state funding and become a private school,” Greg said. “Leaving college more unaffordable for moms and dads that have kids in school.”

In order to help student tuition rates remain low and keep CSU as a land-grant public institution, Greg wants to aid parents and students in shopping for education.

“Number one, we need to unleash the power of the market in higher ed and we can do that. It is a little bit of along the lines of helping parents and students shop for a better value for school,” Greg said. “We need more kids graduating with 40 to 60 credits from high school. The second, we have to do this in time, if we don’t do that, the next time we have a recession, the easiest thing to take money out of … is higher ed.”

Apart from education, Greg wants students and young adults to have a promising future.

“One of your risks shouldn’t be political risks,” Greg said. “We need a government that is stable and eliminate that political risk, that way when kids graduate from college, there are people here hiring them. That way they don’t have to go to North Dakota to work at an oil and gas job up there — the jobs will be here.”

While Greg and Angela face a long road of campaigning ahead, they will stay true to their Colorado roots.

“We love Colorado, it truly is a great state,” Angela said. “We love the mountains. There is just so much diversity in Colorado, and Colorado people are independent and kind of quirky, and it is hard to put them in a box. They are a very diverse group of people and I think that is fun. I don’t think there is always that in different parts of the country.”

Content producer Logan Martinez can be reached at news@collegian.com.