One Direction’s Next Direction 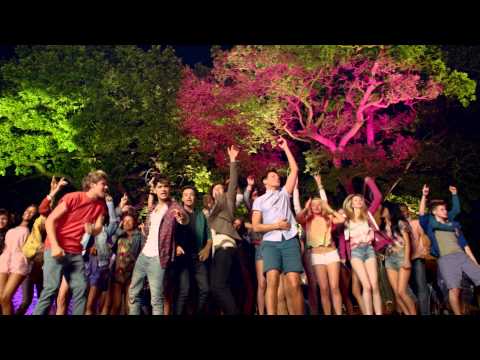 Everybody’s favorite British, teen, boy band has just released a music video for their new upcoming single. Hello eveybody and welcome to The Infotainer, where I, your humble host, will keep you up to date on the latest, hottest, music, TV shows, and movies. Now, back to the pop stars.

If you haven’t heard of One Direction, then you must not have turned on the radio in the last few months. It’s practially impossible not to have heard their super mega hit “What Makes You Beautiful” which reached number 4 on the Billboard Hot 100. The song scored them 3 MTV Video Music Awards this month. Best Pop Video, Most Share-Worthy Video, Best New Artist. Their follow up single “One Thing” wasn’t as popular, making it to number 39 on the chart, but it still received heavy radio airplay and is a fan favorite. Well it seems like the quintet is aiming for another hit with their upcoming single “Live While We’re Young.”

Now the song won’t actually be available for download on iTunes until next week, but the band released the music video just a few days ago. Before I go on I do have to confess that I am a fan of their music. I would never go as far as to buy their whole album but I do enjoy the two singles I mentioned above. After watching the video and listening to the song a few times I have to say that I think the boy band may have another hit on their hands.

Lyrically, the song talks about letting loose, having a good time, and “living while we’re young.” Crazy right? The chorus is definitely catchy however the “whoa-oh” parts remind me of Owl City and Carly Rae Jepsen’s smash hit “Good Time” (one of my all time favorite songs at the moment) so I wonder if the boys are trying to take page from their book. However the song as a whole is different enough that I don’t accuse it of ripping off and I especially like the guitar plucky section of the bridge as well as shouting “CRAZY CRAZY CRAZY.” Content wise, the video is pretty much the same as every One Direction music video I’ve seen. Its all the boys singing in beautiful places and doing fun things so if you don’t see the video you wouldn’t be missing out on any great story.

However I encourage you all to watch the video just to listen to the song. Its a catchy summer anthem for the end of the summer. If you liked “What Makes You Beautiful” you’ll be sure to like “Live While We’re Young.” The song becomes available on itunes September 30th and will be the lead single for their second studio album “Take Me Home” due out in November. More on the british boy band on their website and just to make it easy for you I decided to share the video here. Enjoy!