Behind the Curtain at Samsung and Apple

Welcome to the first blog post of The Nerd Behind the Curtain! My name is Adam and I’m the webmaster here at Rocky Mountain Student Media. That means that I help build the site that you are reading right now – The Collegian, College Avenue Magazine, KCSU, and CTV. I greatly enjoy being the original “nerd behind the curtain” here at Student Media, but now I’m here to shed light on other nerds all over the world (mainly engineers and computer programmers, but with a smattering of other professions) that help to make our lives better.

Some of the most under-appreciated nerds today are working at Samsung and Google. In case you haven’t heard, Samsung now owes Apple 1 billion dollars. That’s billion, with a B. Apple won a lawsuit accusing Samsung of copying the design of the iPhone and some of it’s features, such as “pinching” to zoom in and out on a picture.

Now, if you compare the iPhone and the Samsung Galaxy S II (the phone that received the brunt of the attention as being a copy-cat), they look very similar. And I’m not disagreeing with the court’s decision. But I guarantee you that there are some very annoyed programmers at Samsung, and also over at Google, which makes the Android OS that runs on the Galaxy S II. Do you know why? It’s because they are now being punished for creating a good product. 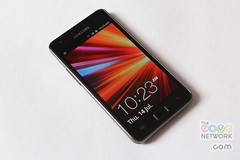 Imagine a mansion sitting on a hill. You drive past the mansion and notice that it has a very nice paint color and exterior landscaping (OK, this metaphor may be pushing it for the guys reading this article. “Seriously, landscaping?” I hear you say. Bear with me.) You decide to add these same features to your own house. 3 months, $5,000, and 10 weekends of hard work later, you get a letter from the Homeowners association telling you that you can’t decorate your house that way, because that mansion on the hill has beaten you to the punch. The thing is, your house still looks great.

And this is the crux of the matter: the Samsung Galaxy S II is a great phone. It achieved high numbers of sales, and paved the way for the wildly popular version III. I’m sure that every nerd behind the curtain at Samsung worked hard on the phone and were proud of the product that they put out. But Apple, which already is practically drowning in cash, decided that Samsung couldn’t have their share of the profit for designing a great Android phone. Apple, have you ever heard the phrase “imitation is the sincerest form of flattery?”

If someone wants to buy an iPhone, they are going to buy an iPhone. Leave Samsung and other companies alone, and do what you do best: design killer features that crush the competition. The designers at Samsung who decided to make the Galaxy S II look exactly like the iPhone should be thrown into some sort of design purgatory, filled with Comic Sans and other design atrocities. And Samsung is already going to pay, literally, for their mistake.

Just don’t take out your anger on the nerds behind the curtain who were only doing their job.