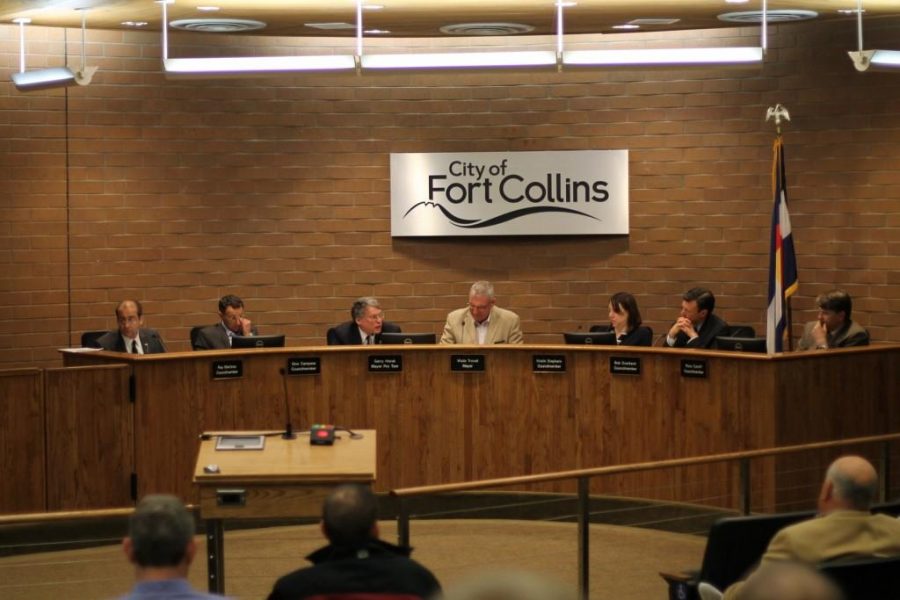 On Tuesday night, Fort Collins City Council met for a working session to begin discussing the city’s recommended budget for 2017-2018.

The council spent the first hour and a half of the working session focusing on Environmental Health. The council members said they agreed that they all care about keeping Fort Collins natural.

Out of the 49 natural areas within the city limits, 40 are available for public use. Gino Campana, the council member from District 3, said he wondered about how the city can make access to these areas easier for citizens.

Meanwhile, District 5 representative Ross Cunniff suggested deferring the development of some shops in exchange for land acquisition in order to increase the city’s natural areas per capita.

The council moved on to discuss how the name change of the Fort Collins-Loveland Municipal Airport may affect the economic health of the city as a result of the name change to the Northern Colorado Airport.

Kristin Stephens, district 4 council member, proposed that some of the budget could be allocated to counteract the loss of branding for the city.

The rest of the meeting was focused on improving government performance, and how to keep the city running smoothly.

Six more council meetings over the coming months will be devoted to discussing the budget and presenting it to the public for input. Meetings will be held at 6 p.m. every Tuesday evening through November 15 in the council chambers at City Hall West, 300 Laporte Avenue.

Collegian reporter Stuart Smith can be reached at news@collegian.com or on Twitter @logloc19.