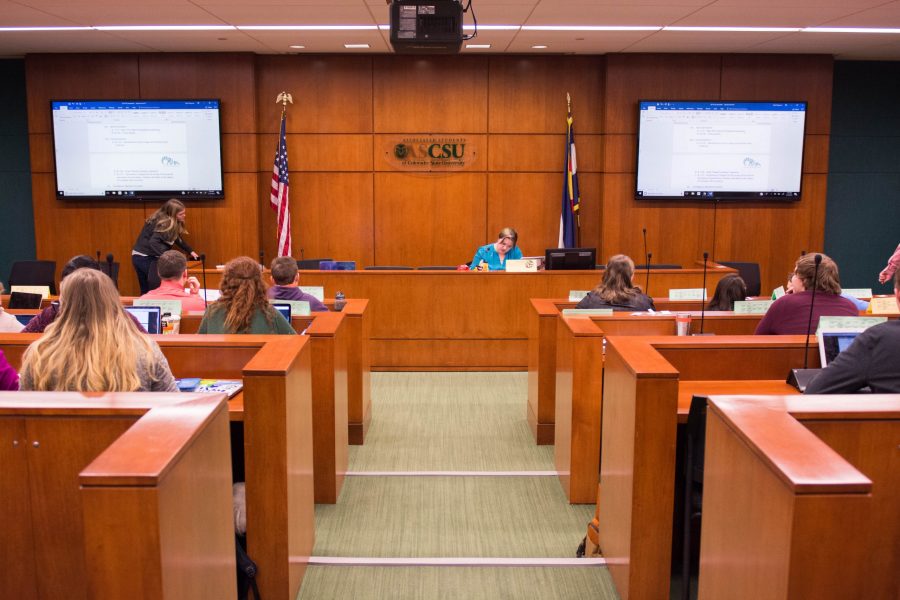 Emma Juchau, a freshman studying equine sciences, was elected as the Director of Marketing and Promotion for Residence Hall association Monday evening.

Her roles as DMP include producing advertising and marketing material for RHA events and programs, managing RHA social media and managing the RHA website.

“I really want to promote the message and mission of RHA and what we’re doing to make that mission a reality,” Juchau said. “I really think that not only advertising in one form, but also reflecting on what we did can really multiply the impact that we have.”

Juchau’s background includes being apart of her high school newspaper staff, which Juchau said helped her develop important skills that she will be able to utilize in her new position.

“I was on the school newspaper and while there I did design, photography and all of those aspects of journalism that will carry into marketing,” Juchau said. “It’s not exactly the same, but it’s a lot of transferable skills.”

Kyra Ferguson, RHA president, said the DMP position is vital to RHA because it represents RHA presence on and around campus.

“The (Director of Marketing and Production) is pretty much the only way that we can communicate with people who aren’t in RHA with what we’re doing and about what upcoming events we have,” Ferguson said. “For example, the DMP makes all the posters and social media advertisements.”

As the new DMP Juchau said she wants to improve RHA presence by using video to better connect with people outside of RHA.

“I really want to incorporate video more,” Juchau said. “A lot of what I want to do is promote the mission of what RHA is and how we’re going about that, and I think that video conveys a story and emotion that a lot of other mediums can’t, so I really want to utilize that expresses who we are and what we do.”

Overall, Ferguson said Juchau fits well into her new role as DMP because of her strong understanding of marketing.

“I think she came into this election with a full understanding of what the position requires,” Ferguson said. “She demonstrated how well she understands marketing, and she showed understanding of how much of the digital side that she’s going to have to do.”