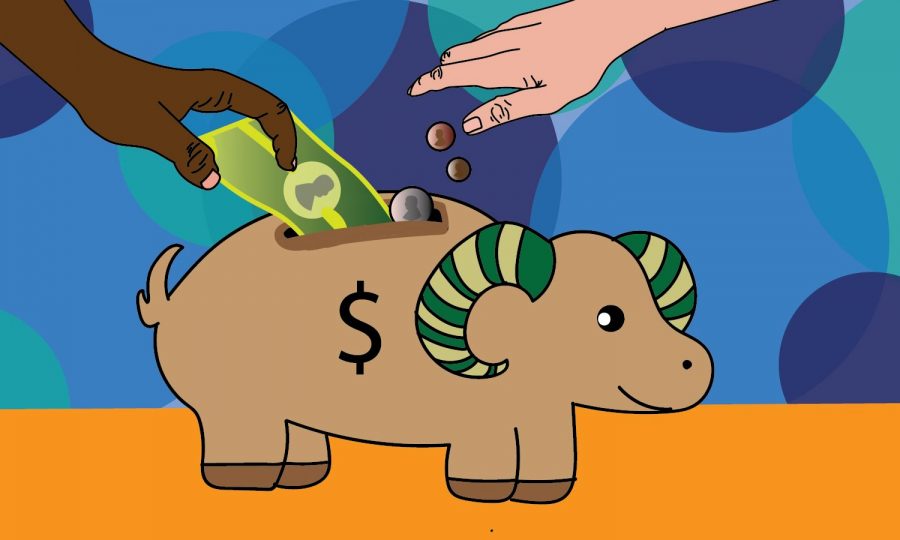 The Black Student Alliance at Colorado State University is hosting a fundraising event to raise money for Black success at CSU. This event will take place April 23 from 5-9 p.m. in the Lory Student Center in Ballrooms C and D.

The Black Student Alliance is a student organization at CSU that works to create an inclusive environment for the Black community at CSU. Despite being a small organization, they are steadily growing in population.

Shaza Mohamed, sophomore at Colorado State University, has been a member of the BSA since last year and became the vice president this semester.

“When I joined last year, there were barely any members,” Mohamed said. “The other members and I have been working hard this year to build this organization back up.”

Sabina Gebru, president of the BSA, hopes this fundraising event will build recognition for the BSA and their mission.
“Me and (Gebru) both want the BSA to be an overarching student organization that supports other student organizations on campus.” -Shaza Mohamed, Black Student Alliance vice president
“We have advertised this event around campus for a while,” Gebru said. “We are hoping this event raises funding but also raises awareness of our organization.”

The BSA is also including other Black student organizations in the preparation and advertising of this event.

“We are holding a ticket selling competition for other Black student organizations like Africans United and United Men of Color,” Mohamed said. “The organization that sells the most tickets … for this event will get a portion of the proceeds.”

Along with ticket sales, the BSA also plans on raising money through their live auction they will host at the event. This auction will sell student services from around campus and services that were donated by small businesses in Fort Collins.

“Although we don’t have an official sponsor, we have been reaching out to campus services and local businesses for donations,” Mohamed said.

Mohamed and Gebru both think this event will contribute to the vision they have of the BSA.

Although this event is focused on Black success on campus, the BSA wants this event to be welcoming to everyone.

“We’re advertising this event as celebrating and recognizing Black excellence, but that doesn’t mean that this event is only for Black students,” Mohamed said. “All students are welcome and encouraged to attend.”

Gebru made it clear that the same goes for the Black Student Alliance.

“The Black Student alliance isn’t exclusively for Black students,” Gebru said. “The BSA is open to all students who are interested in learning and contributing to Black success.”

Students can purchase tickets to the event through this form for $15. The dress code is formal, and physical tickets can be picked up in the Black/African American Cultural Center office.