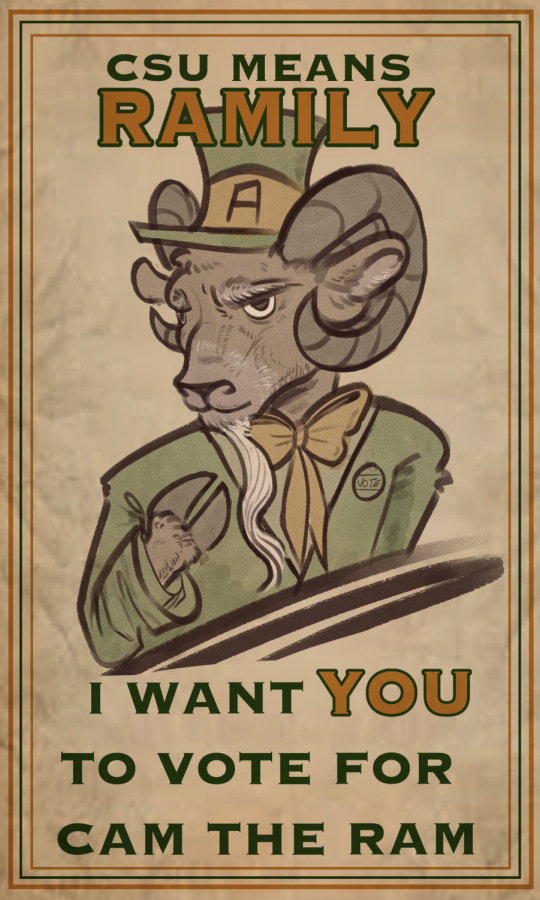 Tragedy struck the Colorado State University community Thursday, as the first campaign to democratically elect a campus mascot was met with shock and upset.

The process, which was met with widespread support from as many as 20 of CSU’s community members as an effort to reaffirm voting rights across the nation after, frankly, very precedented efforts to suppress democratic elections — the most concerning of which has been the tyrannical reign of University of Colorado Boulder’s Chip the Buffalo.

Chip, otherwise known as Chipothy, has recently found himself at the center of allegations about threats and coercion to silence political opponents and has been implicated in the apparent abduction of rival Stewart the Canada Goose, who was in line to receive the Socialist Party USA’s bid for campus mascot before his gooseappearance.

CAM the Ram, who has represented Colorado State University’s tenacity and fighting spirit since the 1980s, announced Thursday in a 9 a.m. press conference that he ceded the political campaign after a tremendous outpouring of support for underdog candidate, Rocky the Red-tailed Squirrel. CAMpaign manager for the stalwart ram, Vincent the Viscacha, advised CAM that a continued fight for the political office would result in a complete drain of campaign and personal resources.

Rocky had built a campaign on the platform of renegotiating waste management contracts with senior sustainability officials for the City of Fort Collins, stating that the University had been criminally negligent in efficiently containing and disposing of refuse from the Lory Student Center, leading to an abundance of fellow campus squirrels found hopped up on psilocybin and Aggie’s Delight Lattes.

At the center of their political aspirations, however, was also a strategic smear campaign that dissuaded voters from supporting the ram, as CAM’s previous associations with the KGB have resurfaced amid new tensions with Russia. Ten out of 10 doctors admitted CAM’s political ties degraded their confidence in his efficacy to support renewable energy alternatives at CSU.

“I am disheartened and alarmed to hear how my actions have impacted the student body,” CAM said. “I must naturally step down from the position as CSU mascot and herald in Rocky, who I wish great success on their journey to best serve the CSU community. My own journey to self-improvement must continue as I continue to dwell on the RAMifications of my misdeeds.”

Reach Pirate of the Collegian reporter Nope Larceny at news@collegian.com or on Twitter @PasleyNoah.