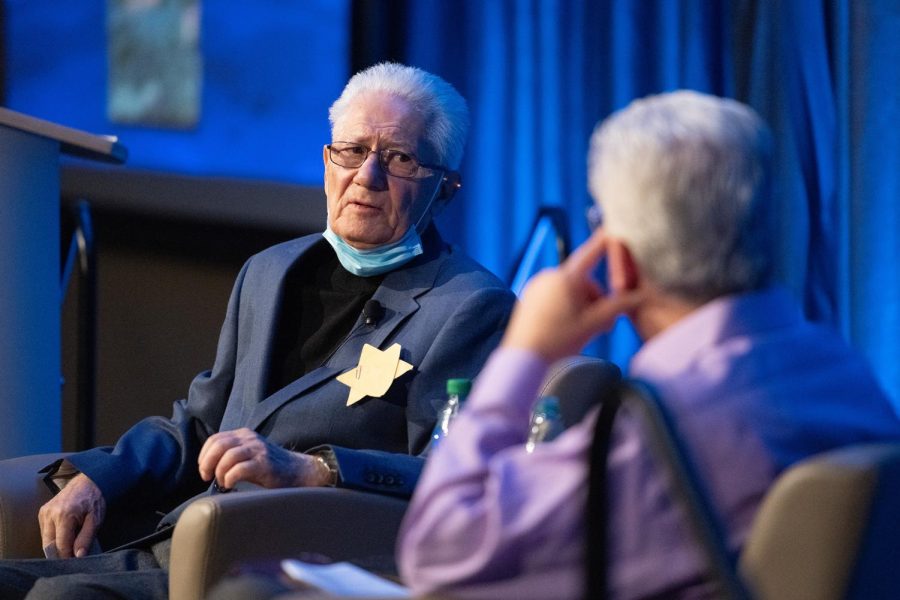 The Lory Student Center hosted “Evening with a Survivor” Wednesday night, the latest in a series of events part of Colorado State University’s Holocaust Awareness Week.

The event also featured an introduction from Rabbi Yerachmiel Gorelik, the faculty advisor for the Chabad Jewish Student Organization, the director of the Rohr Chabad Jewish Center of Northern Colorado and a CSU instructor of philosophy. It also included a performance of several Jewish orchestral songs by CSU students, selected especially by Sladek due to his and his family’s ties to music, as he has also produced his own folk music and composed.

“The songs you heard tonight were selected by him in particular, as he told me they tell his story,” Gorelik said. “He was a child prodigy before the war, coming from parents who played music. It was a family saturated in music.”

Sladek spent the night talking about his childhood as a boy in Czechoslovakia, now known as the Slovak Republic, as the Nazi forces and their antisemitic ideas advanced into everyday life, forcing Sladek and his parents into a life as refugees.

Sladek also spoke about his family’s eventual escape from Prešov, Slovakia, into the Tatra Mountains but focused especially on the courage of his community members and his mother, who had risked being discovered by Nazi forces to speak with her already detained sister.

“The Holocaust never ended; … the war never stopped until I got to Israel,” Sladek said. “That’s when my life was returned to me. I started to live like a free Jew.”

Sladek also spoke on the importance of taking actions against antisemitism now and planning for the future instead of  being complacent as more persecution and discrimination take place, something he experienced as a child when much of the Jewish community did not heed warnings for their safety.

“My advice is don’t pretend, don’t depend on what was here or what is here now,” Sladek said. “Think about the future, what might happen in the future and how do we make sure that we are ready and able to deal with it. Think about how we are going to stand up and protect.”