The freedom to read: How libraries uphold the First Amendment 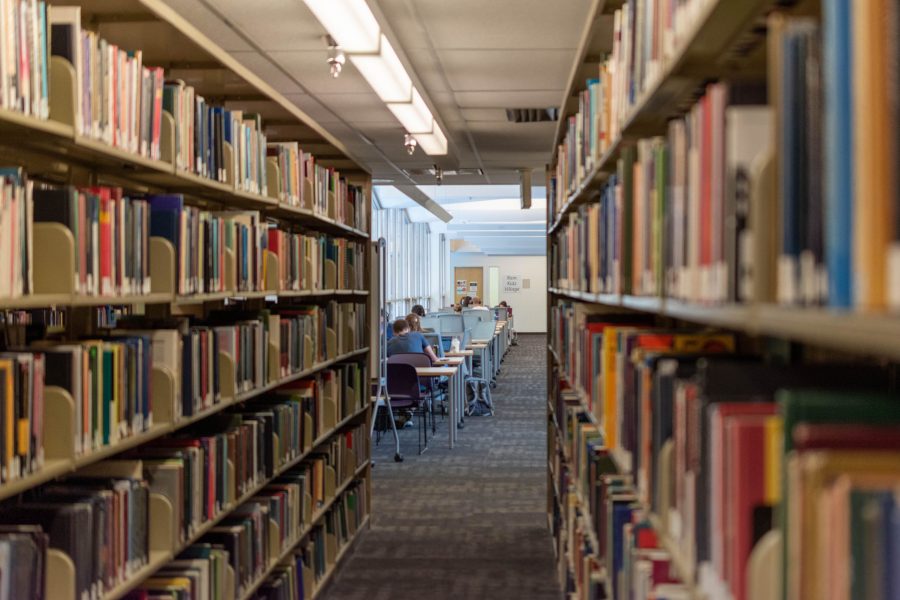 Students utilize the study spaces and resources on the second floor of the Morgan Library Aug. 30, 2021.

While a wealth of knowledge is available at the click of a keyboard and a Google search away for many, local libraries have long played their part championing access to reading materials for the general public. Even at schools and universities, the library is crucial to the learning process — a role thrown back into the limelight after a Tennessee school district unanimously voted to remove the graphic novel “Maus,” which depicts experiences of the Holocaust, from its curriculum.

Randyn Heisserer-Miller, head of collection strategies at Colorado State University Libraries, said public school libraries draw a lot more critique of their collections because their content is geared toward children, while public libraries and academic libraries are generally more protected due to the populations they serve.

The executive director of the Poudre River Public Library District, Diane Lapierre, said she is a champion of intellectual freedom. She added that it is often most important to add controversial texts, such as banned books, to the collection and retain them.
“I think (it) is fundamental to the First Amendment to give everyone a voice and give everyone an opportunity to think thoughts and explore ideas and share them broadly.” -Diane Lapierre, executive director of the Poudre River Public Library District
“(These) are the titles that create strong reactions and foster discussion and challenge people to potentially see the world in a different way,” Lapierre said. “I … trust that people of all ages and backgrounds can make those decisions for themselves as to what they check out and what they read and how they think about it.”

She also said the First Amendment goes beyond the right to free speech and extends itself to having dialogue and enabling a free exchange of ideas. She said it is a library’s role to provide additional context for people as they are forming opinions and discovering how to express their values.

“It underlies why public libraries exist — that idea around free and equal access to all is important to the work that we do and how we support the community,” Lapierre said. “I think (it) is fundamental to the First Amendment to give everyone a voice and give everyone an opportunity to think thoughts and explore ideas and share them broadly.”

Heisserer-Miller said libraries are called to uphold “autonomy and anonymity” by the American Library Association as a mission to provide a variety of ideas and affirm the freedom to information. He added that the premise of banned books is scary, as it limits the information available to people and in turn restricts free thought and understanding.

“Having the conversation is not bad at all because it reminds us we shouldn’t be passive when these sorts of challenges happen,” Heisserer-Miller said. “I think we as a society — and organizations — try to make us think about them so we don’t get complacent.”

Lapierre said she thinks Fort Collins as a community is able to hold meaningful conversations about challenging topics as opposed to other places across the country.

“We’re not immune from the ideas or challenges, … but we have a different mutual respect for these ideas and different perspectives,” Lapierre said.