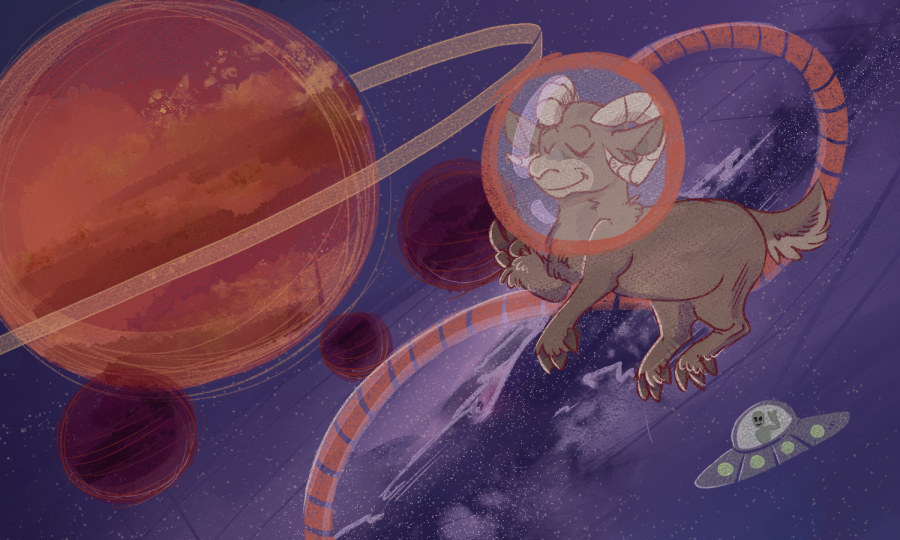 Christian Kummerow, an investigator for the project and atmospheric science professor at Colorado State University, said SpaceX launched the satellite sensor to the International Space Station in December 2021. TEMPEST-D2, which stands for Temporal Experiment for Storms and Tropical Systems — Demonstration 2, is part of the Space Test Program-Houston 8 mission for the United States Space Force.

TEMPEST-D2 is the second copy of another sensor, TEMPEST-D, that was in orbit for three years. Another investigator for the mission and professor of electrical and computer engineering at CSU, V. Chandrasekar said TEMPEST-D was very successful and produced phenomenal data about storms.
“The real novelty here is that these are now really small instruments. You know, all of a sudden we can do something for 10% of the price that we used to be able to do before.” -Christian Kummerow, CSU atmospheric science professor
TEMPEST-D2, the size of a dictionary, collects global weather data relevant to weather forecasting. Kummerow said TEMPEST-D2 looks at the microwaves the earth emits naturally. By taking what the satellite measures, they are able to see what was in the atmosphere.

“Most of what that instrument sees is water vapor,” Kummerow said. “It can actually see what the water vapor at the surface, in the middle atmosphere and the top of the atmosphere is. And all of those are important in forecasts.”

Chandrasekar spoke about how TEMPEST-D2 is a technology demonstration that will do things like monitor the water cycle around the globe. According to CSU SOURCE, TEMPEST-D2 is also a “demonstration to show the feasibility of smaller, low-cost, low-power satellite systems” for gathering data for weather prediction.

“The real novelty here is that these are now really small instruments,” Kummerow said. “You know, all of a sudden we can do something for 10% of the price that we used to be able to do before.”

Kummerow talked about the benefits of the lower price and smaller size of TEMPEST-D2 and the potential to improve weather forecasts.

“We’ve flown this before, so we’ve made the same measurements before for 10 times the cost,” Kummerow said. “So now we’re trying to demonstrate that we can do everything we used to do before for way cheaper. And if that works, then we can start improving the forecast models globally.”

Chandrasekar spoke about how he hopes TEMPEST-D2 will be as successful as TEMPEST-D and last for a few years. Chandrasekar also said he hopes it will attract high quality undergraduate and graduate students because “at the end of the day, we want to teach students,” and “education is a principle part of our program.”

Chandrasekar also spoke about the success of the program and about other high-tech instruments, including the CSU-CHILL radar, a weather radar system, and the seafaring polarimetric radar, or SEA-POL, which, according to CSU SOURCE, measures ocean rainfall.

“In this particular case, I think we want to demonstrate that we can routinely provide products — high quality products — so that in the future, the agencies start looking at instruments like TEMPEST and launching lots of them,” Kummerow said. “So we want to see 12 of these flying, or even 24 of them flying. That would really improve the weather forecasts that we have.”