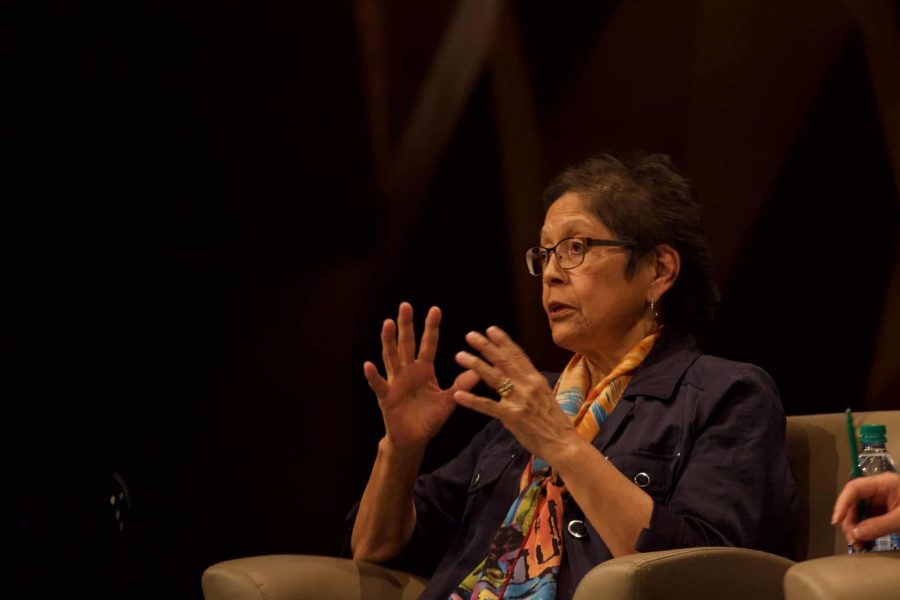 Former Vice President for Diversity Mary Ontiveros in the Lory Student Center Theatre Oct. 16, 2019. Ontiveros discussed issues regarding diversity on campus and the positive changes the University hopes to make. Colorado State University President Joyce McConnell ended the chat by saying, “We can make this change solid and lasting and change that will make a difference, … so I say let’s go.”

Ontiveros came to CSU as a student in 1969, and throughout her 51 years in the Ram family as a student and faculty member, she was dedicated to diversity and inclusion on campus. She was fundamental in creating CSU’s Principles of Community, and former President Tony Frank named her the vice president for diversity in 2010, a role she served for 10 years, according to the email sent by McConnell.

According to a 2020 CSU SOURCE article, she “served on the steering committee of the Colorado Coalition for the Educational Advancement of (Latinxs) and (was) an active member of the community equity initiative in Fort Collins.” Ontiveros worked to address racial bias at the University for years, and those who knew her speak to her strength and determination to increase inclusion at CSU.

McConnell noted that those who wish to contribute to the legacy of Ontiveros can donate to the Ontiveros Latinx Fellowship Program, which helps undergraduate students “fund education, research and/or professional development in the area of Latinx Leadership Development.”