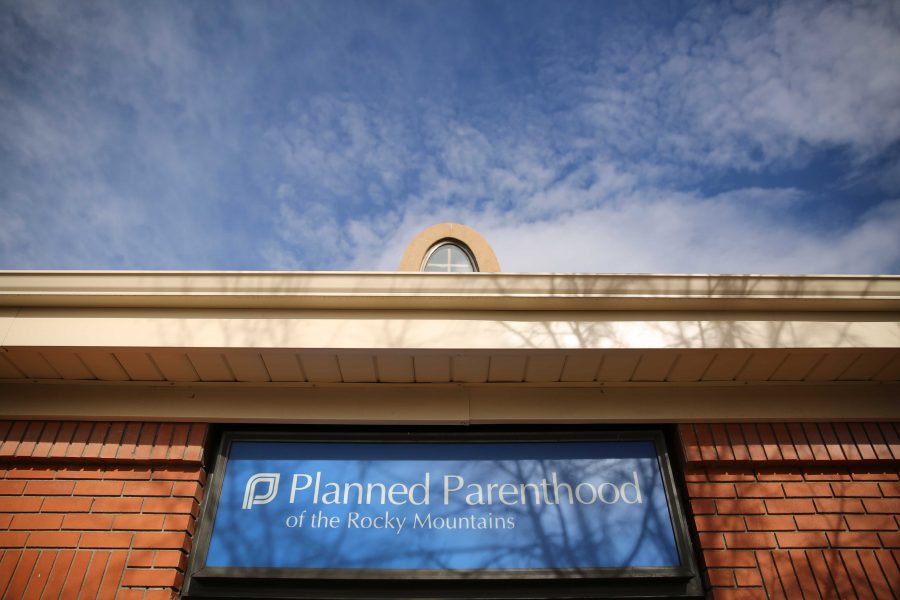 A Planned Parenthood clinic sign is pictured on Tuesday afternoon along Shields Avenue. A group of students are suing Colorado State University over the topic of freedom of speech and pro-life or pro-choice issues. (Forrest Czarnecki | Collegian)

Abortion access in the United States has been a contentious topic of debate for more than a decade, with a consistent history of legislative action to show for it.

Political context has made abortion access more uncertain in recent years because of Donald Trump’s presidential administration and the subsequent conservative nominations to the Supreme Court.

On Sept. 1, 2021, a Texas law known as the Texas Heartbeat Act commenced. According to a Sept. 10, 2021, article from The Texas Tribune, this law “bans abortions at about six weeks from the patient’s last menstrual period.” This heavily limits access to abortion procedures, as many women aren’t aware they’re pregnant at that point.

According to the Texas Tribune article, the law’s foundation is rooted in the actions of citizens by incentivizing them to bring forth civil lawsuits against anyone who performs or aids an abortion by offering a $10,000 cash reward if their suit is successful. The article also notes that this law utilizes private citizens to carry out civil lawsuits, aiming to keep providers from using Roe V. Wade as a legal defense.

Other copycat laws have made their way into the limelight, such as Arizona’s Senate Bill 1457, which, among other stipulations, makes it a Class 6 felony to have an abortion based on a genetic fetal abnormality.

A major consequence of these laws has been an uptick in the debate as to what point in a pregnancy a fetus’ life begins.

“I am no scientist, so let’s just put that out there, first and foremost,” McLain said. “My faith(‘s) beliefs tell me that life begins at conception and from the moment of implantation. … Once we have the beginning of cell division and the forming of a separate body, that’s when life begins.”

McLain said that, to her, the Texas Heartbeat Act supports that life exists because there’s a heartbeat.

“I, personally, was in favor of the law for that reason,” McLain said. “To me, a heartbeat equals life, and when we see the heartbeat on an ultrasound, it tells us that there is life.”

Sherri, who asked that her full name be omitted due to safety concerns, is a Fort Collins anti-abortion advocate who protests in front of the Fort Collins Planned Parenthood clinic and echoed McLain’s sentiment that life begins at conception.

“If it’s growing, it must be alive,” Sherri said. “If it has human parents, then it must be human, and if it’s human — like you and I are human — then wouldn’t it have the same kind of value that you and I have?”

Neta Meltzer, regional director of communications and marketing for Planned Parenthood of the Rocky Mountains, differs from McLain’s and Sherri’s beliefs.

“There is not a definitive scientific consensus on when … life begins, and I think that’s the whole point,” Meltzer said. “Everybody sort of has different ideas about (abortion) — that just tells you that we need to respect everyone’s ideas and we need to have laws and policies that have room for everyone’s belief systems.”

Meltzer said if a person believes life begins at conception and doesn’t think abortion is appropriate, they don’t have to have one, but space needs to be made for those who think differently on the topic.

The crux of laws like the Texas Heartbeat Act is proof of a “fetal heartbeat,” which is thought to be detectable at or around six weeks of gestation.

According to a July 2019 FactCheck.org article, there are mixed conclusions from various scientific sources, such as The American College of Obstetricians and Gynecologists and Mayo Clinic, about what a “fetal heartbeat” is. The confusion can be linked to the use of the term “fetal heartbeat,” as the FactCheck.org article notes that ACOG issued in a statement it “does not use the term ‘heartbeat’ to describe these legislative bans on abortion because it is misleading language, out of step with the anatomical and clinical realities of that stage of pregnancy.”

According to a Sept. 3, 2021, NPR article, heartbeats are caused by the opening and closing of heart valves. At six weeks of development, those valves have not yet formed. It typically takes about eight to nine weeks for those valves to do so.

The FactCheck.org article states that people commonly use a Doppler fetal monitor to ‘hear’ a fetus’ heartbeat, making note that, “technically, the heart sounds that the machine produces are not the actual sound of the fetus’s heart beating. As a product manual for one such device explains, the sound is the amplified version of the difference between the transmitted and received signals.”

McLain is in support of the Texas Heartbeat Act, but said a health-related decision has been put into a political arena wherein a lot of fingers are pointed.

“I think that’s really striking,” Meltzer said. “When you look at now — the last few months — the spike has remained really consistent.”

Meltzer said PPRM was expecting their number of patients to increase when the Texas Heartbeat Act when into effect. This isn’t an isolated incident with just PPRM, as according to a Sept. 17, 2021, The 19th article, abortion clinics nationwide are seeing a higher-than-average number of patients.

“You could talk to Planned Parenthood in Oklahoma; you can talk to Planned Parenthood in Kansas and Missouri — they’re seeing Texas patients too,” Meltzer said. “We’re seeing Texas patients all the way in our health centers in Nevada — not a lot, but more than we normally do. … We knew it was going to happen and it did, and it’s continuing to happen.”

The 19th article writes that between 50% and 75% of appointments in Oklahoma Planned Parenthood clinics “have been booked by people traveling from Texas for an abortion.”

Legislation on abortion is aiming higher than the Texas Heartbeat Act, which utilizes unique enforcement via civil suits. The Supreme Court heard oral arguments Dec. 1, 2021, for the Mississippi-based Dobbs v. Jackson Women’s Health Organization case, which argues whether a law banning abortion at 15 weeks is constitutional.

Unlike the Texas Heartbeat Act, this ban is clear-cut and would be unconstitutional under the precedent that Roe v. Wade set back in 1973. This makes Dobbs v. Jackson Women’s Health Organization a direct challenge to Roe v. Wade, giving it the potential to overturn the landmark case.

Meltzer stressed that if Roe v. Wade is overturned, it could leave nearly half of people of reproductive age in the U.S. without access to abortion.

“Based on what we understand about the state politics across the country, we anticipate that 26 states could move to ban abortion if that case is handled the way that we think it might be,” Meltzer said. “That leaves 36 million women and trans men and nonbinary folks who can get pregnant … without access to abortion.”

Dobbs v. Jackson Women’s Health Clinic seems likely to be decided near the end of the Supreme Court term in June.