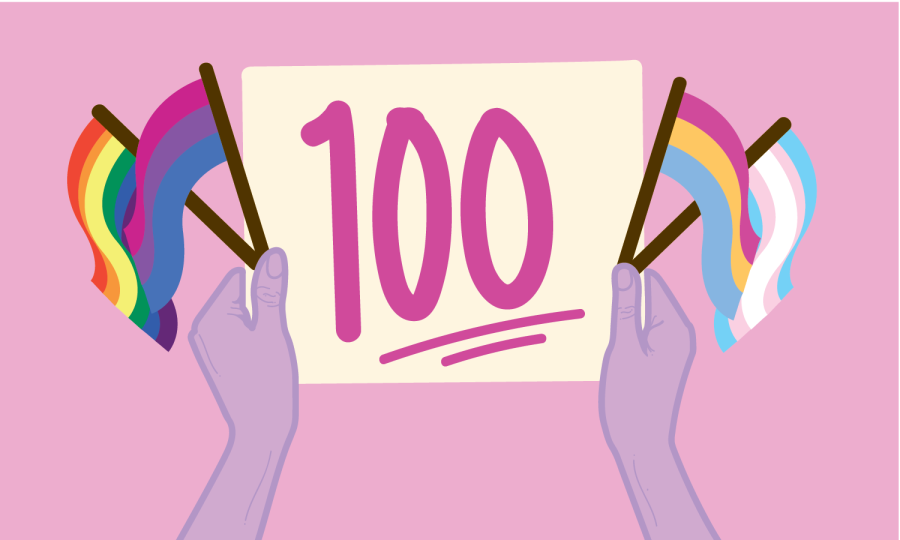 To end 2021, Fort Collins received a perfect score on the Municipal Equality Index, which the City’s PRIDE Employee Resource Group worked with the Human Rights Campaign to achieve.

The MEI scorecard evaluates a city based on several categories, and the PRIDE team in Fort Collins is involved in the process of making the City more welcoming, equal and inclusive for everyone.
It’s been something that’s been on the list as long as this team has been around, so to be able to see it accomplished … was an incredible moment.” -Heather Cox, PRIDE Employee Resource Group co-chair
“The PRIDE Employee Resource Group is a team of LGBTQ+-identified employees who are dedicated to helping our LGBTQ+ community feel safe, valued and affirmed within the City organization and the Fort Collins community,” said Heather Cox, who works at the City’s Communications and Public Involvement Office and is co-chair of the PRIDE team.

In 2021, the City adopted “trans-inclusive health care benefits,” according to the Fort Collins Social Sustainability webpage.

“It’s been something that’s been on the list as long as this team has been around, so to be able to see it accomplished … was an incredible moment,” Cox said.

“We’ve known that trans folks at the City haven’t always had easy and equal access to health care,” Cox said. “We’ve worked really closely with our HR team to be able to accomplish that, and then in 2021, we were able to finally say that we do have full trans-inclusive health care benefits for City employees.”
“It’s a measurement and an indicator of the progress that we’ve made over the past few decades, but there’s still definitely work to be done to make our city more inclusive.” -Emily Francis, mayor pro tem
One change Mayor Pro Tem Emily Francis would like to see happen is bringing public restrooms up to code by having a gender-neutral option.

“I think definitely moving to at least having a gender-neutral option for all establishments would be a good first step,” Francis said.

Even though the City received a high MEI score, there is still work that needs to be done.

“It’s a measurement and an indicator of the progress that we’ve made over the past few decades, but there’s still definitely work to be done to make our City more inclusive,” Francis said.

For the City to receive a 100-point score, they were evaluated on five different categories, including non-discrimination laws, City employment, services, law enforcement and leadership on LGBTQ+ equality, according to the MEI scorecard.

The Human Rights Campaign is in charge of evaluating a city’s MEI score, and participation is on a volunteer basis, Cox said.

“PRIDE also works closely with the Human Rights Campaign to elevate the City’s Municipal Equality Index score, which evaluates cities on how inclusive and welcoming they are for LGBTQ+ people,” the Fort Collins Social Sustainability website said.

Cox said throughout the year, the PRIDE team looks at the scorecard to find gaps that need work to make the City more inclusive.

The PRIDE team also looks to peer cities and neighboring communities to see what Fort Collins can do differently, Cox said.

“Just a little bit of friendly competition can add levity and can help to give folks the extra energy that they need to stay motivated for the work,” Cox said. “The PRIDE team’s work has been solely volunteer basis, and it can be challenging to juggle these projects, which can take a huge emotional toll on top of the workload of the regular job that everyone has.”

Cox hopes that in 2022, PRIDE team members will be looking at all their accomplishments and celebrating. Additionally, Cox wants all the members to stay connected with each other and serve as an emotional support team.

To read more about this accomplishment, visit the HRC’s success story on Fort Collins.