A brief history of Indigenous peoples in Northern Colorado 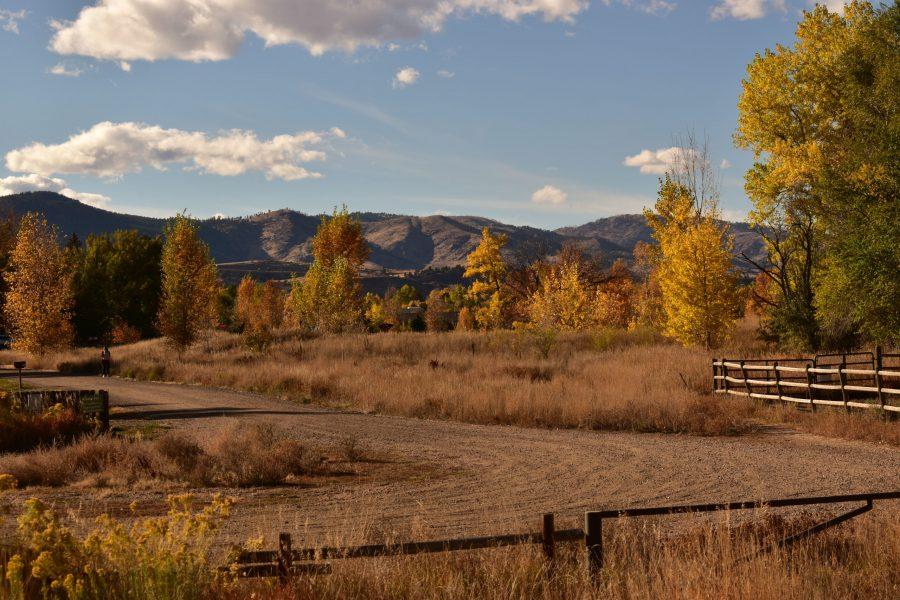 Editor’s Note: Read the Spanish version of this story here.

Fort Collins and Northern Colorado originally belonged to Indigenous people prior to the arrival of European settlers, who came and stole the land.

David Atekpatzin Young, a member of the Apache tribe, shared his knowledge of the Indigenous history in Colorado with The Collegian.

When English speakers arrived from the east, they made assumptions based on who they saw, but that did not incorporate everyone that was from this area, Young said.

There is a common misunderstanding that Native people came here after the ice age, but slowly the belief system is eroding, said David Bartecchi, executive director of Village Earth, who has spent over 20 years working with Indigenous people in North and South America.

“We’re realizing that Native people have been here for much longer than that,” Bartecchi said.

“So who was in Fort Collins?” Young said. “Well, the Apache people for a long time, Ute people, Nahuatl speakers — there were others who passed through, but the Comanche came through once the colonizers came in.”

Some parts of Colorado were settled by European colonists in 1598, and they brought with them guns, horses and disease and introduced the slave trade to the Natives of the land, Young said.

“They introduced the slave trade; they did this because there’s nothing else here that they found that was of value,” Young said.

They wanted young women — barely into puberty — for wives to do the household chores; they wanted young men to work in the mines; and they didn’t need older men, so they killed them, Young said.

You look out upon this landscape … all of the stories of Native people, all of the experiences, the battles, even the great civilization have been erased from the story. It’s like we came here and there was a blank slate — that’s part of how settlers justify the violence behind their settling.” -David Bartecchi, Executive Director of Village Earth

“The slave trade went on for a long time all along the Front Range here,” Young said. “From Wyoming down into New Mexico were Apache villages, and they had been here for thousands of years.”

“People think that these were (Apache) campgrounds and that people camped along this area, but that’s not true,” Young said. “We weren’t camping. We lived here.”

The Treaty of Fort Laramie of 1851 covered a large area over many states, which included the Cheyenne and Arapaho lands, in exchange for allowing U.S. citizens to travel through the Indigenous land.

“We said you could pass through (the land) — we’ll not trouble you, we’ll not bother you, but you can’t stay,” Young said. “But then gold was found here.”

Once gold was found, miners flooded the area in search of it, and the treaty was rendered “obsolete” as white settlers ignored the protected status of the land, according to Colorado Encyclopedia.

The treaty did not grant travelers authority to mine gold in the Native American lands, but with the influx of miners and increased conflict, the territorial administrators pressured the government to negotiate the treaty by redefining the Cheyenne and Arapaho land with the Treaty of Fort Wise, states a Colorado Encyclopedia article.

Colorado State University is a land-grant institution, which means the land was given by the government and dedicated to being a school. This was possible because of the benefits of the Morrill Act of 1862, but the land was taken from Native people.

Shortly after the Sand Creek Massacre in 1864, the U.S. government sold southeast Colorado land, which helped establish several schools, including CSU, according to a High Country News article.

A recent land grant at CSU was for the Hughes Stadium, which was given to the University in 1957 and was demolished in 2018.

“Rather than give the land back to the Native community, which is the right thing to do, the Board of Governors preferred to sell the land for $12.5 million,” Young said.

The Land Back movement is a nationwide movement also present in Fort Collins, through which the Indigenous community is fighting for the Hughes land.

“(The Land Back movement is) the idea that you’re going to do whatever you can with municipalities and with counties, … states and then with the federal government to attempt to get land back — land that’s not being used for anything else now,” Young said.

“You look out upon this landscape … all of the stories of Native people, all of the experiences, the battles, even the great civilization have been erased from the story,” Bartecchi said. “It’s like we came here, and there was a blank slate — that’s part of how settlers justify the violence behind their settling.”