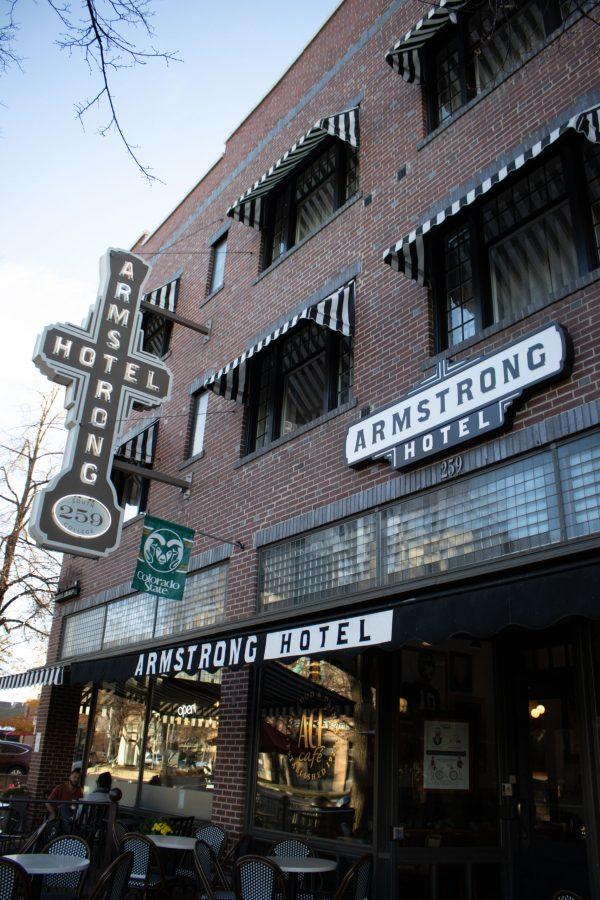 Fort Collins architecture is a reflection of the city’s history and the characters who shaped it.

“Like most communities, Fort Collins has a diverse array of building styles and types representing its evolution over time and reaction to national trends in art, architecture and culture,” said Jim Bertolini, a historic preservation planner for the City of Fort Collins.

The sugar beet industry deeply impacted Fort Collins’ history. According to Fort Collins History Connection, the Fort Collins Sugar Manufacturing Company was established based on the success nearby cities had with the industry. It began processing beets in 1904. Bertolini said the evidence of the importance of the industry is seen within the homes from this era.

The establishment of Colorado State University transformed Fort Collins — both architecturally and economically.”

“Perhaps the most unique are the small adobe brick structures built in the Tres Colonias, three neighborhoods developed by Great Western Sugar (Company) over the 1900s-1920s to house workers right next to the factory, the remains of which remain on East Vine Drive as the headquarters of (Fort Collins Street Operations),” Bertolini said.

Many of these structures remain, according to Bertolini, and have been altered and reinforced. The sugar beet industry also led to individuals like George and Inez Romero, who deeply shaped Fort Collins’ history. Bertolini said Inez Romero arrived in Fort Collins at 8 years old and her father worked in the beet fields.

“They became important advocates for the Hispanic community, providing translating and notary public services among other things,” Bertolini said.

The Romero House at 425 10th St. is a recognized and protected landmark.

The Armstrong Hotel, which opened in 1923, is the only historic hotel operating in Fort Collins today. According to the Armstrong’s website, it was used as barracks for the U.S Army during World War II. The hotel closed in 2000 and was renovated in 2002.

The establishment of Colorado State University transformed Fort Collins — both architecturally and economically. Bertolini said the majority of neighborhoods surrounding CSU were designed and built with the intent of housing students and staff. CSU’s presence also impacted the social climate of Fort Collins.

“Even much of the civil rights and social justice actions that have developed in Fort Collins were organized and led by CSU students, including the 1969 Administration Building sit-ins and overnight sit-in outside President (William E.) Morgan’s residence on Shields (Street) — now CSU’s Diversity House — meant to address recruitment and discrimination on campus but also housing discrimination off campus,” Bertolini said.

The oldest homes in Fort Collins are cabins from the earliest settlers of Fort Collins. Mark Serour, a founder of the Traces of the Past History Tours in Fort Collins, said Antoine Janis and his wife, First Elk Woman, had a connection to the land here in Colorado. Bertolini said this is believed to be the oldest structure in Fort Collins.

Cabins from this era were built utilizing nearby supplies and were typically built with efficiency in mind.

“You could call these cabins rustic architecture,” Serour said. “They were very simple in structure. They were broad thick timbers, typically a ponderosa pine. They had to be hand-hewn, essentially. They would have a limestone-based mortar. To put it simply, the early architecture here used native resources.”

Another notable residence is the Thomas property located at 308 Cherry St. that served as the childhood home of Virgil Thomas, the first Black graduate of Fort Collins High School.

“I got to work on the nomination for this property, had an amazing time working with the owner and have been immensely proud of the attention that the nomination has drawn to Black history in Fort Collins,” Bertolini said.