The rise and fall of Stout, Fort Collins’ forgotten town 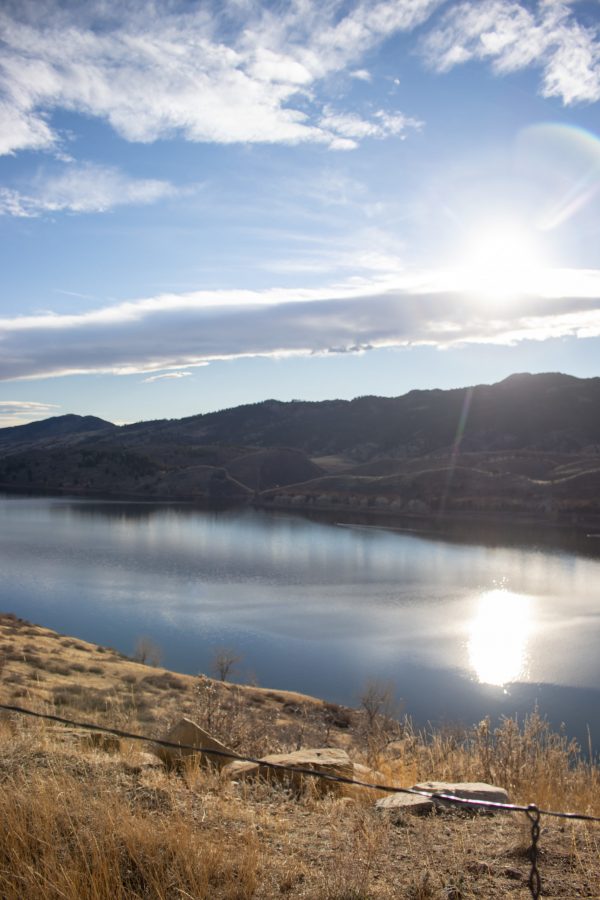 A view of Horsetooth Reservoir, Nov. 15. The town of Stout was abandoned in 1949 so that the reservoir could be created.(Devin Cornelius | The Collegian)

We’ve all enjoyed Horsetooth Reservoir and its beautiful waters and picturesque views set against scenic mountain landscapes, but very few of us are aware of what lurks deep below our beloved summer spot.

No, it’s not the Loch Ness Monster or some other half-human, half-fish creature but rather the submerged quarry town of Stout, Colorado, which sat in the valley of current-day Horsetooth in the late 19th century.

Fort Collins residents began harvesting the bountiful sandstone deposits in the area eventually associated with Stout in the early 1870s, around the time Fort Collins was established as a town in 1873.

Stout’s sandstone deposits can still be seen flanking the top of Horsetooth today and were used to build streets and buildings in Fort Collins, Denver and Greeley, Colorado.”

Quarry work continued to develop, and when the Greeley, Salt Lake and Pacific Railway Company built a railroad that passed through Fort Collins and directly connected to the quarries, Stout’s position as a sandstone producer was — shall we say — set in stone.

According to a 1964 Coloradoan article, Stout’s namesake likely came from William H. B. Stout, who was leasing several stone quarries in the area from the Union Pacific Railroad in the early 1880s. Stout, who built and became the warden of the Nebraska State Penitentiary before finding himself in Colorado, returned the quarries to Union Pacific in 1883, but the name probably stuck.

Stout built a boarding house for quarry employees, which also ended up serving as the post office, a bakery and a place to hold boxing matches. Later, the town expanded and built a blacksmith shop, a livery stable, a feed store and three saloons, as well as a school that operated as a church, courthouse and community center.

At its peak, the town was home to hundreds of people in the 1880s. Stout’s sandstone deposits can still be seen flanking the top of Horsetooth today and were used to build streets and buildings in Fort Collins, Denver and Greeley, Colorado. According to Fort Collins’ Triangle Review, sandstone from Stout was even used to build Colorado’s Capitol building in Denver.

Disaster struck in 1889 when Denver and several cities across the country began paving their streets with asphalt and using concrete instead of stone to build sidewalks and building foundations.

Nowadays, a population sign reading, ‘Stout, Colo. pop 47 1/2’ stands at the base of Horsetooth Reservoir’s southern tip, although the reason behind the half is unknown.”

The town began to experience economic hardship. Stout was unable to financially compete with less expensive materials, and the railroad companies investing in the town no longer saw it as profitable to continue endeavors there.

From there, the Panic of 1893 decimated the town’s economic standing. Banks all over the nation closed, the railroad industry took the brunt of the fallout and quarry operations dwindled. Workers began leaving to look for employment elsewhere, and though the town remained populated until the late 1940s, it would never come close to the glory days of the 1880s.

In the 1940s, the United States Bureau of Reclamation began surveying Stout and set up shop in the area, making Stout’s old schoolhouse its headquarters in 1946. The plan was to flood the valley as part of the Colorado-Big Thompson Project, a project dating back to the 1930s that sought to bring water from the western slopes of Colorado to the Front Range.

The Bureau of Reclamation acquired the Horsetooth Reservoir property in 1946 and completed construction of the dams three years later. Water was first stored in the property in January 1951, and that was officially the end of Stout, Colorado.

Following the flooding of Stout to fill in Horsetooth Reservoir, all that remained were the foundations of some buildings. Nowadays, a population sign reading “Stout, Colo. pop 47 1/2,” stands at the base of Horsetooth Reservoir’s southern tip, although the reason behind the half is unknown.

Today, the only way to Fort Collins’ best-hidden ghost town is with a speedboat, but the sandstone deposits that make up our state’s Capitol building are still visible without a wetsuit and remind us of our city’s interesting history and often forgotten beginnings.