Campus construction wraps up ahead of fall semester 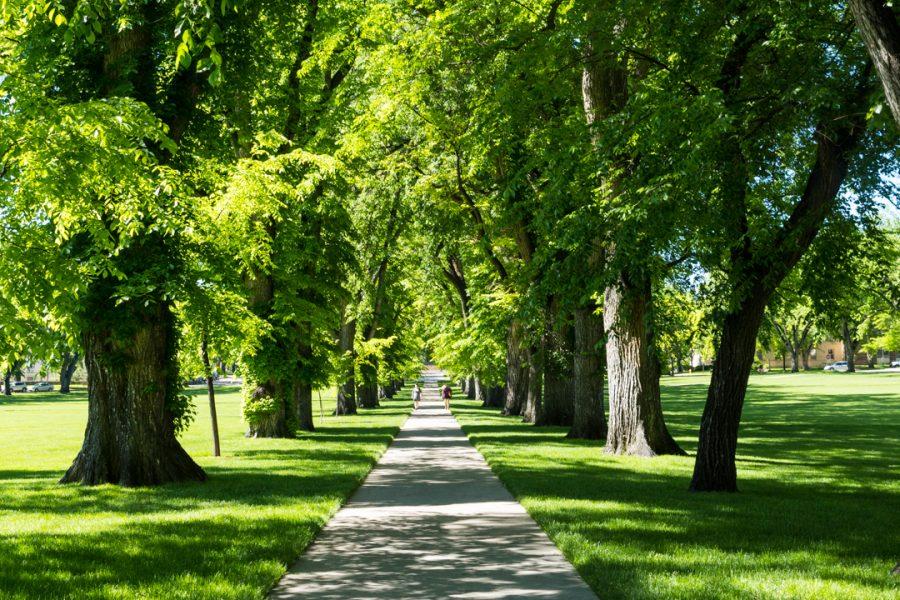 The Oval on Colorado State University's campus is arguably the most photogenic in mid-spring and late summer, before the leaves start to lose their vibrant, green color. (Brooke Buchan | Collegian)

Colorado State University’s campus is going to look slightly different this year as construction management personnel have been working all summer to restore the campus to in-person capabilities as well as renovating older, more historic areas.

One of the most notable projects that took place this summer was The Oval stormwater project. The Oval had stormwater piping from the 1940s and 1960s, and the facilities team took the summer as an opportunity to replace and expand the piping and install new manholes. Accessibility within The Oval was also improved, according to CSU Project Manager Tony Flores.

The Oval’s layout causes rainwater to flow down the slopes and into the center of The Oval. With increased rains and abnormal weather, the drain pipes have not been able to keep up with the rain, leading to flooding, according to Flores.

The project had the goal of expanding the pipes to reduce flooding. It began at the end of May and is set to be completed by the second week of August. The pipes under The Oval are now doubled in diameter, from 12 to 24 inches, and can now direct more water into the City piping system that makes water flow downstream by College Avenue, reducing the flooding impacts from big rains.

“You see more flooding events or water standing in The Oval on a big rain event; now this will help with that,” Flores said. “It goes from almost the engineering lots to the train tracks.”

To students returning to campus, The Oval will look like it always has, with vibrant green grass and tall trees. The area will be safe for study or play by the time classes start up again.”

The Oval project needed to take an innovative approach because the pipes are located deep underground. Flores’ team could have completed the project faster with an open trench method, but this would have killed a lot of the trees that make The Oval so iconic.

“We were very protective of those trees and the way we designed this out,” Flores said.

To students returning to campus, The Oval will look like it always has, with vibrant green grass and tall trees. The area will be safe for study or play by the time classes start up again.

Alongside renovating the pipes under The Oval, there was a focus on improving Americans with Disabilities Act access by installing accessibility crossings to increase safety for those students.

“One of them is over by Ammons (Hall); when you go to music drive, you’ll notice there’s a little island there now for safe passage across for ADA folks,” Flores said.

According to Harrison Bridge, project manager at CSU Remodel and Construction Services, the ADA is always an important factor for any project on campus.

“All projects go through a code review process to ensure we are meeting ADA requirements as well as creating a welcoming campus for our diverse student population,” Bridge wrote in an email to The Collegian.

Equity and ADA access have been improved on campus with projects that incorporate more all-gender restrooms, accessible lifts, ramps and automatic door openers to accompany all the work that has been done on The Oval, according to Bridge.

Cyclists on campus will also benefit from construction this summer through the incorporation of commuter showers, more bike storage and the repaving and painting of bike lanes, Bridge wrote.

According to Bridge, the majority of the other projects around campus are taking place in the classrooms to prepare for in-person classes and adjust for more efficient hybrid learning options.

“There will be numerous (audio-visual) improvements campuswide for continued hybrid meetings and classes,” Bridge wrote in an email to The Collegian.