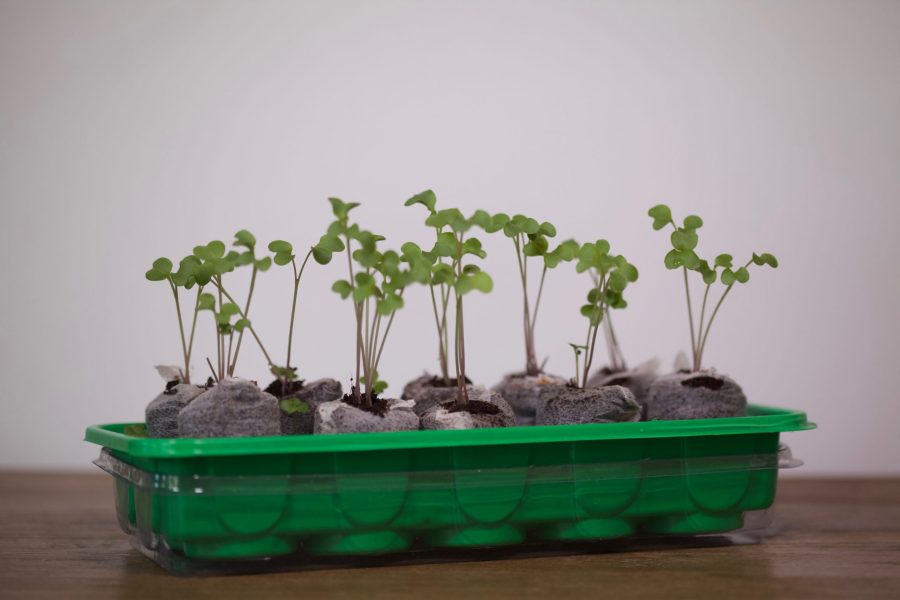 With grocery shortages and more free time, many people are turning to gardening as both a hobby and source of fresh food. (Ryan Schmidt | The Collegian)

With the warm weather and clear skies here in Colorado, many have gardening on their mind.

As with any harvest, gardeners may be getting far more produce than they had intended, but while all those surplus vegetables would usually go to waste, Coloradans have a new opportunity to put that produce back into their own communities thanks to Colorado State University Extension’s Grow & Give program.

“Will you dig in with us?” Dunker said. “Grow as much food as you can (and) give that back locally because there are people in need of those nutritious foods.”

Despite this, Dunker said that nearly 48,000 pounds of produce were donated during the first year of the Grow & Give program, which has grown to include gardening resources for amateurs looking to begin growing their own produce. The Grow & Give website also seeks to connect local gardeners with food donation centers in their area that are capable of accepting fresh produce.

“We have an opportunity to have an impact across the state in a very real way,” Dunker said. “We just want to focus on helping people grow food and share the harvest locally, that’s truly our goal.”

This year, however, Grow & Give has also partnered with Rams Against Hunger, an organization that seeks to support students, faculty and staff experiencing food insecurity at CSU, and Fresh Food Connect, a mobile app aimed at partnering local gardeners with food access-focused nonprofit organizations that can get excess produce to those in need.

Fresh Food Connect, which began as a Denver-based pilot project between the Denver Food Rescue, Denver Urban Gardens and Groundwork Denver in 2016, was created in response to a similar problem, according to Fresh Food Connect National CEO Kayla Birdsong.

There was this really clear need for fresh produce in those pantries, and they were noticing that there was an abundance on the gardener’s side.” -Kayla Birdsong, CEO at Fresh Food Connect

“All these organizations were working on food access, and they were seeing … pantries and food banks didn’t have enough fresh produce,” Birdsong said. “There was this really clear need for fresh produce in those pantries, and they were noticing that there was an abundance on the gardener’s side.”

According to Birdsong, gardeners who want to begin using Fresh Food Connect need only download the mobile app and enter in their ZIP code to find their local operating partner. Then, when they have a harvest ready to be donated, they go through the app to record what type of produce it is and how many pounds they are donating. The app also lets gardeners know whether their local partner will pick up donations or if it is a drop-off center. As for the operating partners, Birdsong said the nonprofits license the software at a “reasonable sliding scale,” depending on their operating budget.

Due to the recent partnership, Rams Against Hunger, operating its own food bank out of the Lory Student Center Theatre, is set to receive fresh produce from local gardeners in the Fresh Food Connect program, according to RAH Program Coordinator Michael Buttram.

Because gardeners in the area are just registering with Fresh Food Connect, Buttram said the LSC food pantry has yet to receive produce from the new partnership but added that the food pantry experienced success during its first year of receiving from the Grow & Give program.

“We went through our first year with (Grow & Give) last year and received a whole lot of zucchini and peppers and tons of local stuff,” Buttram said. “For us, it was a joy to be able to tell our clients that this was grown here locally. … It definitely makes people on both sides feel warm about the whole thing.”

Buttram said that he sees the new partnership with Fresh Food Connect as a community strengthening effort and “the best enactment of civic engagement,” with community members supporting the well-being of others through providing for basic needs like food.

“Without basic needs met, our community and the individuals within it are weaker for it,” Buttram said. “If we want to demonstrate our commitment to this community — to the vibrancy of this community — this is an exceptional way to do it. Growing food and sharing is one of the most intimate and caring demonstrations of humanity.”

The RAH LSC food bank operates Wednesdays and Thursdays from 3 to 6 p.m. and Fridays from 9 a.m. to noon.