CSU’s Confucius Institute to close at the end of June 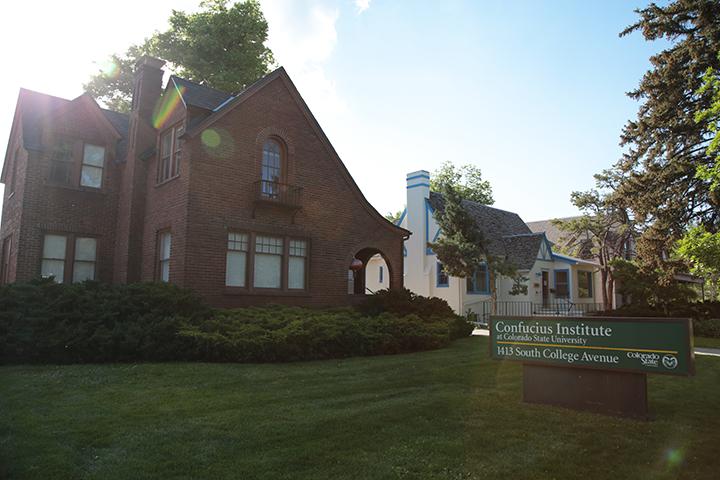 The Confucius Institue at Colorado State University will shut down operations at the end of June. Confucius Institutes across the United States are partially funded by China and act as learning centers for language and culture. (Serena Bettis | The Collegian)

Colorado State University’s Confucius Institute will close its doors and end operations at the end of June.

Confucius Institutes are learning centers for Chinese culture and language that are partially supported by the Chinese government. These institutes are located all over the globe and are typically associated with learning institutions, most commonly colleges.

Under the new 2021 National Defense Authorization Act, the United States Department of Defense will withhold federal grants to any institutions that still operate Confucius Institutes. The DOD provides over $104 million in funding to CSU, and keeping the institute open jeopardizes that funding, according to Kathleen Fairfax, the vice provost for International Affairs at Colorado State University.

The Colorado State Confucius Institute shutting down is part of a national trend, as the numbers of institutes nationwide have been dwindling due to bipartisan opposition and increasingly tense international relations with China.

Fairfax described the institutes as “soft diplomacy” with the goal of keeping sentiment for Chinese culture alive, but intelligence officials at the federal level have expressed national security concerns.

The institute is run by local staff from CSU and the Fort Collins community but also employs instructors from China. In addition to instructors, the Chinese government provided $150,000 to help with operation expenses, according to Kevin Nohe, associate director of the Confucius Institute.

“The content that we teach and don’t teach at the institute is entirely decided by us and the skill sets of our students,” Nohe said.

The Colorado State Confucius Institute shutting down is part of a national trend, as the numbers of institutes nationwide have been dwindling due to bipartisan opposition and increasingly tense international relations with China.

The closing of the institute will impact many community members, such as CSU graduate student Elliott Chiu, who has taken classes at the institute since summer 2018.

Chiu is Chinese and his family knows Cantonese, but he has recently been learning Mandarin and the institute offered affordable private lessons as well as social-cultural events.

“The institute provided a place not only for instruction (and) learning but also a place to socialize, play mahjong or sing karaoke,” Chiu said.

Chiu said he sees the institute as a means to promote Chinese culture in the community for those who actively sought it, not as a security risk, and he understands relations with China and the U.S. are strained but is sad to see the institute go.

“I have always believed that good relations, be that personal or political, are only improved with communication,” Chiu said. “I felt that the (institute) did just that in a bilateral manner.”

The Confucius Institute will close its doors officially on June 30. More information can be found on their webpage.