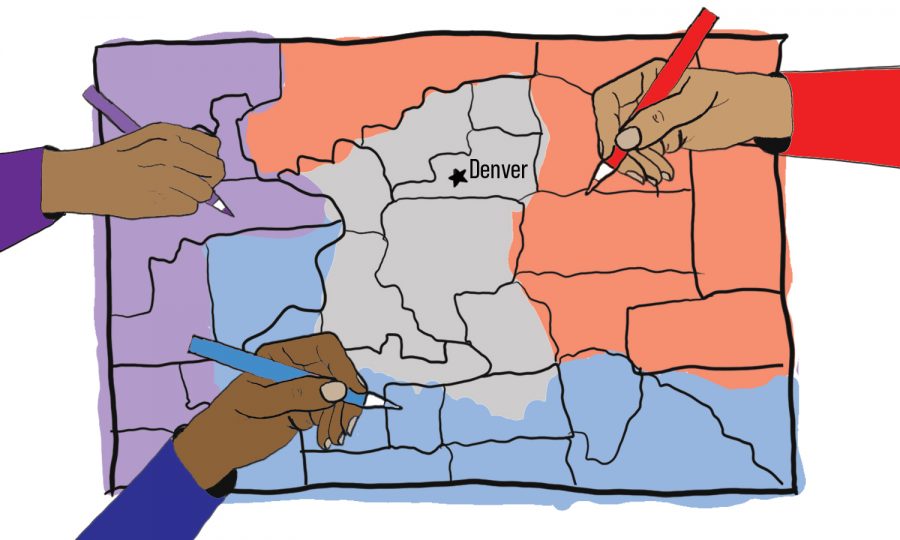 The Colorado Independent Congressional Redistricting Commission convened for their first meeting Monday, March 15 to establish the rules for how the commission will operate and the strategy for overcoming the delays in census data caused by the pandemic.

The commission was established with amendments Y and Z to the Colorado Constitution in 2018.

The job of the commissioners is to oversee the process for redrawing of district lines based on the new census data, a critical task that takes place every 10 years.

“Commissioners are ultimately responsible for approving maps,” said Jessika Shipley, staff director for the redistricting commission. “Commission staff will be drawing the lines using a software tool and input from commissioners and the public.”

The commissioner applications are first reviewed by nonpartisan employees, which then move on to a review by a panel of retired judges. These retired judges were chosen by the chief justice of the Colorado Supreme Court.

Due to the COVID-19 pandemic, there were significant delays in the collection of census data, pushing back the already tight timeline for the commission.

The amendments to the Colorado Constitution that establish the commission have a built-in timeline for the work of the commission. This timeline is under the assumption that census data is received in April. With the delays brought on by COVID-19, the data needed to have accurate maps won’t be available until late September. Originally, the maps were planned on being released on March 31.

The only other way to avoid the delays brought on by the pandemic is to use the estimated census data. This data is calculated by using a sample size, instead of the entire state data, which remains unavailable until Sept. 30.

However, there is controversy in using estimated census data as explained by Jeremiah Barry, the assistant director the Office of Legislative Legal Services.

An example of the estimated data that the commission could use is the American Community Survey data that the United States Census Bureau takes annually.

“There is data there that is worth looking at and because of the wide use and the details of the data, it may well be the estimated data that we can move forward with,” said Martha Coleman, the commissioner for Congressional District 2, which encompasses Fort Collins and Colorado State University, referring to the community survey data.

With the constitution not anticipating the pandemic and the critical need for congressional districts for the 2022 midterm elections, the commission has a very important decision to make.

“I think the commission will get a lot of pressure to complete its work before the end of the year,” Barry said. “My concern is that the commission do the work right and get the public input that it needs because these districts will impact elections in Colorado for a decade.”

The redistricting commission will hold meetings every Monday at 2 p.m. Meetings are through Webex and are open to the public.