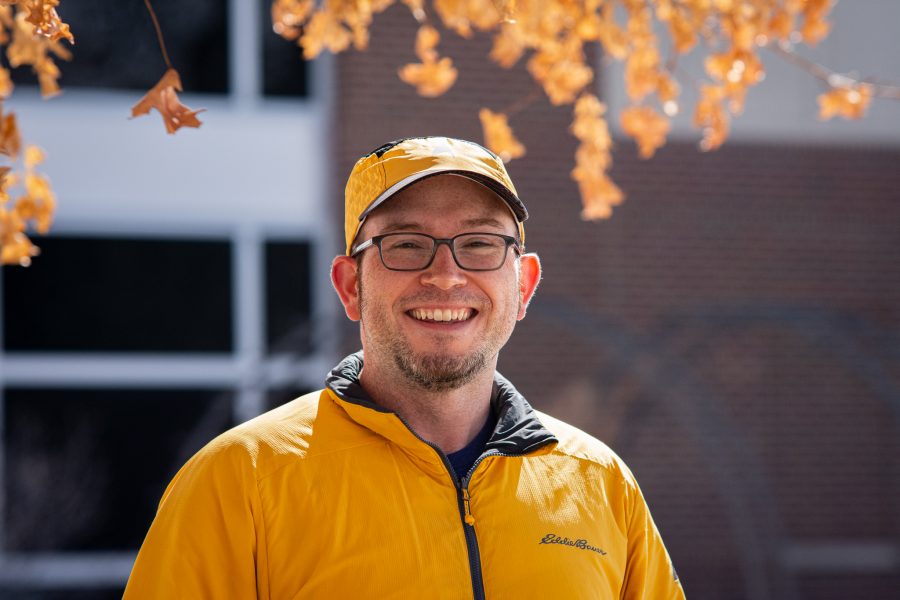 In his bid for the position of City Council member in Fort Collins District 1, Nick Armstrong said he would focus on supporting local businesses, easing the affordable housing crisis, fighting homelessness, reconnecting northeast Fort Collins with the rest of the City and raising equity and representation.

“Reconnecting the northeast Fort Collins neighborhoods requires teamwork and collaboration between the City, the county and the neighbors and a rethinking of the City policy for how we find trails, sidewalks and bike lane connections between neighborhoods,” Armstrong said.

Armstrong said over half of District 1 is not connected to the rest of Fort Collins by bike lanes, sidewalks and trails. He said this lowers residents’ quality of life and has environmental consequences.

When it comes to the affordable housing crisis, Armstrong said he approaches the problem differently because of his background as a small business owner.

“I tend to really focus on pragmatic solutions, things that are easy to achieve if we were working together in the same direction,” Armstrong said. “We need to have a unified front for providing job placement and job training services and especially in the skilled labor and unskilled labor fields where employers are having a hard time finding employees and keeping employees.”

“It’s a skills-based job placement program for younger kids to get internships and apprenticeships in skilled labor jobs, which is a really cool pathway, but we could be elevating this to all of the local employers through partnerships with the Small Business Development Center, StartUp FoCo, which I’m the lead organizer of — I mean, you name it,” Armstrong said.

Not only does Armstrong want to focus on employment, but he said he wants to find better solutions to fight homelessness in Fort Collins.

“We have to seek out some sort of way to holistically support (people experiencing homelessness) with mental health, with physical health, with social supports, with job placement and job training, with a shelter and a pathway to homeownership or at least just renting in our community,” Armstrong said.

As a fan of Franklin D. Roosevelt’s Works Progress Administration, Armstrong said he wants to create jobs for people experiencing homelessness through building infrastructure, such as new trails.

It’s not my job as a City councilperson to speak for the community members, what my job is, is to make space on the platform and then step back and let them speak and share their experiences, and then commit to acting on what we’ve learned.” -Nick Armstrong, City Council District 1 candidate

“We could stand to use a few more trails in Fort Collins and putting this population to work, and paying them well would allow them to live here and get paid in equity,” Armstrong said.

Besides adding new jobs, Armstrong said he wants to provide support to the population with physical and mental health as well because being homeless is not easy.

“If we’re not fixing all of those things all at once, we’re putting our neighbors back out in the cold, and we’re doing them a disservice,” Armstrong said. “So we need to be much better about that.”

Armstrong also spoke of the inequality that goes on in the business community, and his wishes to improve Black, Indigenous and people of color’s experiences as business owners in Fort Collins.

“What we are seeing in the business community is that BIPOC members of the community might be being offered good titles, but they’re not being offered job titles that come along with equity in terms of business ownership,” Armstrong said. “And so they don’t get an ownership stake in the company.”

Armstrong said it isn’t clear what is causing this to happen but believes hosting training and outreach would go a long way. Armstrong said he hopes to build a multicultural resource center to aid in that outreach and communication.

“Along North College (Avenue), that defunct Albertsons that’s been sitting hollow for years; if rejuvenated into a multicultural resource hub, (it) could serve as a sales tax hub for art and cultural events,” Armstrong said. “It could serve as a meeting space, it could have a space for nonprofits in our community that do outreach and connectivity. It’s a space that’s needed in our community.”

“There are so many businesses that could survive and thrive in that space if we were mindful about how we support them,” Armstrong said.

In his first week in office, if elected, Armstrong said his priority is to advocate for improved infrastructure in District 1 and highlighting organizations that are doing good work, along with artists and community members.

“It’s not my job as a City councilperson to speak for the community members, what my job is, is to make space on the platform and then step back and let them speak and share their experiences, and then commit to acting on what we’ve learned,” Armstrong said.