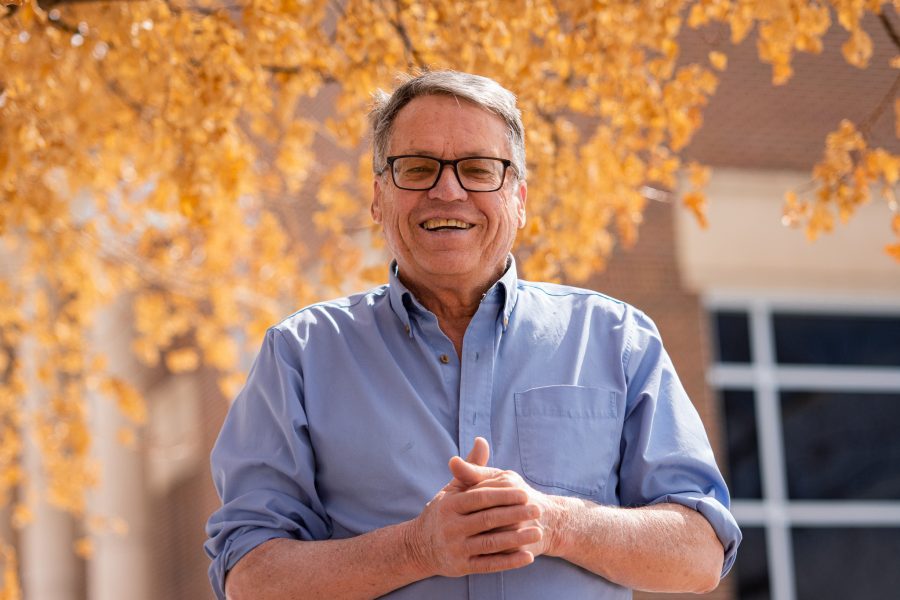 With over 15 years serving the Fort Collins community, Gerry Horak prioritizes supporting small businesses and environmental progress in his bid for mayor.

According to his website, Horak’s background includes 40 years in business and has focused on the environment in addition to obtaining a Ph.D. from Colorado State University.

Horak’s past accomplishments with the City of Fort Collins include major strides in improving the Transfort bus system, the restoration of several acres of the Cache la Poudre River and the protection of several natural spaces throughout Fort Collins. Horak said he is running for mayor because he likes helping people.

Horak’s priorities include individuals, businesses and the environment. According to Horak, the community is hurting.

“(Being on City Council is) one of the most meaningful things I’ve done in my life besides raising children, and now spoiling grandchildren,” Horak said. “You can make a real difference.”

When people see positive change, they get excited about it. I need citizens to think that we can make a difference, and that’s what part of my motto is: ‘Getting it done.'” -Gerry Horak, mayoral candidate

As a family man and someone who cares about Fort Collins, Horak said, “I like helping people with small problems, something they have in their neighborhood, and big problems: climate change, trail systems, how we get around town.”

“The environment is also hurting,” Horak said. His list of accomplishments and awards is heavy on environmental progress, and his environmental priorities include continued implementation of the Climate Action Plan, improving air quality and working toward a carbon-neutral Fort Collins.

“If you think about it, local governments tend to be more innovative because we can move quicker with ideas,” Horak said.

Horak also takes pride in continued protection of natural areas in Fort Collins, especially when it comes to the Cache la Poudre corridor, much of which was burned last summer in the Cameron Peak fire.

“We need to get back to revegetating that land,” Horak said. “This spring, the water will again run black in the Poudre River,” deeming it unusable. The Poudre watershed falls high on his list of priorities, especially when it comes to increasing water quality and quantity for the City.

“When I first got on the council as a young man, I helped the City spell ‘environment;’ it wasn’t part of the equation,” he said.

Horak’s past initiatives reflect his passion, but he plans to continue to prioritize plans to help improve the quality of Fort Collins’ air and water.

“We need to put a community effort into making sure hard to reach populations get the vaccine,” Horak said. He also said one of his goals is to improve internet access to remote populations who utilize the internet for job searching, research and education. According to his website, his response to COVID-19 also includes encouraging citizens to continue wearing masks, social distancing and avoiding large gatherings and to be transparent and provide health data in real time.

Horak strives to be an approachable member of local government.

“To my knowledge, I am the only council member to respond to every email, text, letter — hardly any of those anymore — and any other communications,” he said. “I think that’s important.”

Horak makes an effort to respond to the needs and concerns of Fort Collins citizens and knows their worth when it comes to local government.

“I’ve had listening sessions where citizens have come up with ideas, and we’ve been able to implement them,” he said.

Horak is a supporter of U+2, and he knows affordable housing is an important issue to the CSU community.

According to his website, Horak plans to develop affordable housing action plans, institute “affordable and reliable utilities” and expand access to internet.

Horak takes pride in his tangible plans, available to the public on his website. He is passionate about running for mayor because he knows he can make a difference in the community.

“When people see positive change, they get excited about it,” Horak said. “I need citizens to think that we can make a difference, and that’s what part of my motto is: ‘Getting it done.’”