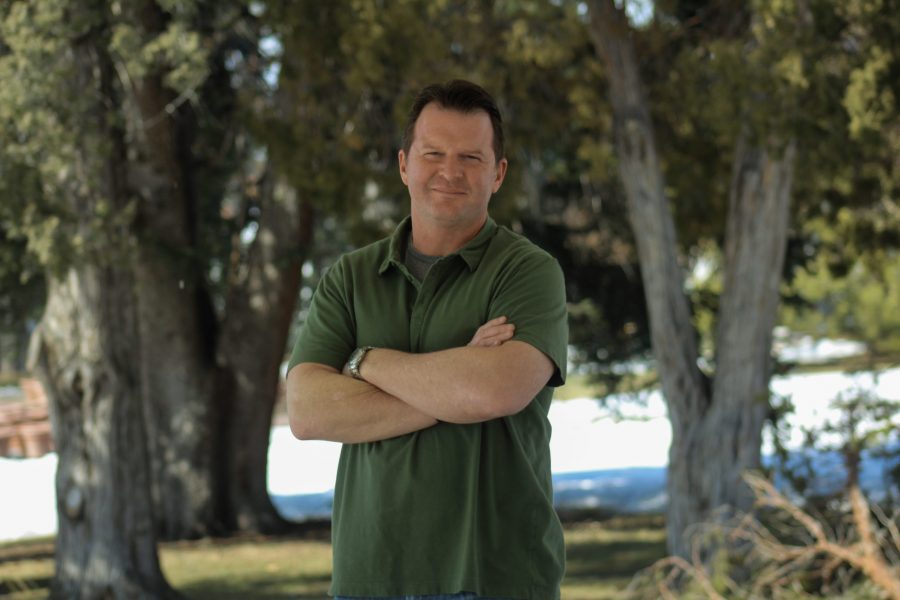 Gavin Kaszynski is running for Fort Collins City Council seat for District 3 with the main goal of getting the Fort Collins economy going again. Kaszynski, who has a background in finance, believes he is uniquely positioned for the job.

For Kaszynski, the Fort Collins economy feeds into every other issue that the City faces. This includes climate issues, energy and affordable housing.

Kaszynski also said that the economy is the main topic that City Council should focus on. He explained that an environment that promotes economic growth creates a space for small businesses and startups to be successful.

The vision that I have is that my grandkids will be as happy as I am today in this great community. I am thinking two generations ahead. I want Fort Collins to be as good for them as it was for us.” -Gavin Kaszynski, District 3 candidate

Additionally, Kaszynski said he is uniquely qualified when it comes to the economy because of his professional background. After graduating from the University of Houston with a degree in finance, Kaszynski went into commercial banking with Bank of America. While at Bank of America, Kaszynski would look at business financial statements and translate those numbers into a way to understand if the business was doing well or not.

“When you ask what I bring to the City Council, that’s it,” Kaszynski said. “There are indicators underneath the economy that we should be tracking that let us know the health of our economy.”

The first thing that Kaszynski wants to do, if elected, is form the Community School Committee. This committee would seek to bring stakeholders in the Poudre School District together to talk about the issues that face the school district on a regular basis. Stakeholders include the superintendent of PSD, board members, people from each municipality represented in PSD, teachers and parents.

By forming the CSC, Kaszynski wants a forum where all stakeholders of the PSD can communicate with each other. Kaszynski recognized that forming this committee has little to do with City Council, but he thinks it is important anyway because so many people are impacted by it.

Kaszynski said City Council has done well in keeping the council nonpartisan and focused on solving issues that transcend politics.

“City Council should be a place where we should be able to avoid the ugly polarizing partisan politics that defies everyone immediately,” Kaszynski said.

Kaszynski said it is a good thing City Council races are nonpartisan and said they should be kept that way.

When Kaszynski and his wife moved to Fort Collins back in 2006, the Fort Collins community was something that stood out to them.

“We were just welcomed here,” Kaszynski said. “It was like, ‘Wow, this is home; this is a great place to be.’”

Kaszynski has a vision for Fort Collins that will “guide his decision making” if he is to be elected.

“The vision that I have is that my grandkids will be as happy as I am today in this great community,” Kaszynski said. “I am thinking two generations ahead. I want Fort Collins to be as good for them as it was for us.”

Kaszynski, who said he is the 100th percentile for optimism after taking a personality test, does not want City Council to get sidetracked by all the other issues that “are too easy to get side tracked with.”

He said he wants City Council to focus on building a great community for everybody within it.

Michael Stella can be reached at news@collegian.com or on Twitter @michaelstella_.