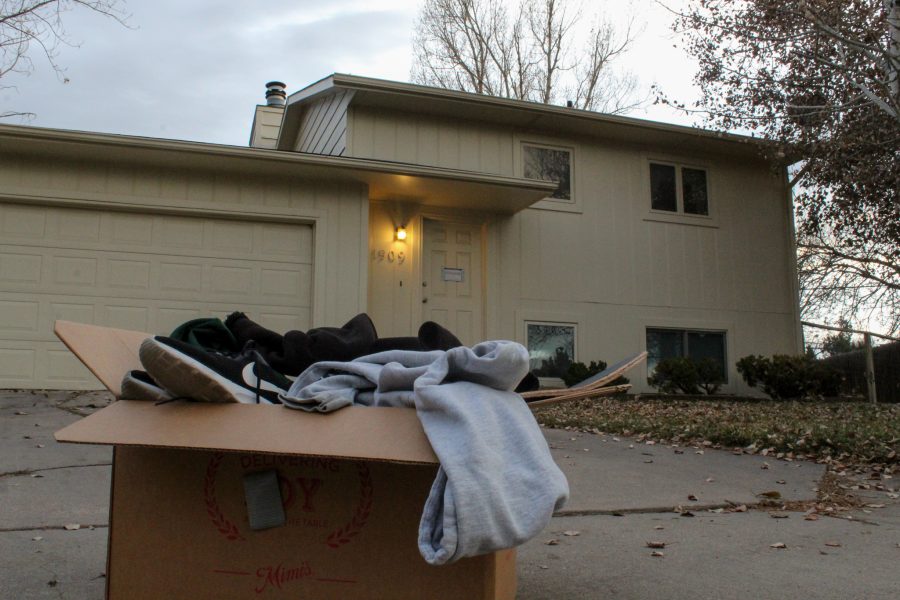 Colorado students who live in houses are more vulnerable to eviction than students living in other states, Nov. 10th. (Megan McGregor | Collegian)

Over winter break, members of the Associated Students of Colorado State University, including President Hannah Taylor and Deputy Director of Governmental Affairs Jesse Scaccia, discussed the U+2 policy with the Fort Collins City Council.

Scaccia said an initiative to change U+2 to Me+3 will not be on the ballot because of setbacks caused by COVID-19.

In what ways do we keep this on the top of the minds of the council members going out and the new council coming in — and how it’s changed over the years and has impacted several different groups of marginalized communities?” -Hannah Taylor, ASCSU president

“We were going to do it,” Scaccia said. “We had everything lined up, from volunteer hours to resources, to make it happen. But then the (COVID-19) numbers spiked, and it just felt really irresponsible to go forward with it, so we pulled back on that. But we didn’t want to. We weren’t going to stop there.”

Scaccia said that rather than working on changing the U+2 law completely, they were going to focus on initiatives that would improve U+2 for everyone.

“The fight for U+2 isn’t just about U+2 policy,” Scaccia said. “It’s about making Fort Collins a more renter-friendly city, a city that’s better for the working class, students, the Latinx population who often fall victim to bad affordable housing policies.”

Scaccia said that one initiative they are working on is getting a complimentary renter protection unit. The unit would help investigate when a renter has been victim of a negligent landlord.

Scaccia said there is already an occupancy enforcement team that responds to reports and complaints from anything from noise to parking to U+2 violations.

“That’s all well and good, but there’s no similar unit to protect renters,” Scaccia said.

“People are set up to fail from the outset,” Scaccia said. “It’s very expensive, it’s $200, which is prohibitive for a renter-class person. It can only be engaged by the landlord, which they’re disincentivized from bothering to do that. And then it’s really complicated.”

Scaccia said the document is almost unreadable and certainly isn’t at the level for an average Fort Collins resident to consume and understand. The new initiative would make the document more accessible.

The final policy ASCSU is working on, according to Scaccia, would lower the fine for noncompliance. According to the Fort Collins government website, the fine is up to $1,000 per person per day.

“We often have to choose between medicine and bills and rent, and sometimes having that fourth person or fifth person can make a huge difference,” Scaccia said. “So for someone to be breaking a law because they’re poor and then to be charged $1,000 a day because of it, it’s almost like the City, by this policy, wants to drive people deeper into poverty.”

Scaccia said that City Council has the opportunity to vote on the policies on Feb. 16.

Taylor said it’s important for these laws to change because of their anti-immigrant origin and continuous bias against marginalized and lower-class communities. Taylor said they want to raise that awareness for the new City Council coming in April.

“Fort Collins prides themselves on certain ideals yet refuses to make any movement on a policy that originated out of anti-immigrant sentiment,” Taylor said. “In what ways do we keep this on the top of the minds of the council members going out and the new council coming in — and how it’s changed over the years and has impacted several different groups of marginalized communities?”

Taylor said that past ASCSU administrations have attempted to change the U+2 policy, but City Council members were still unaware of the law’s origins.

Taylor said if students are looking to help change these policies, they can email City Council, the mayor, the city manager and several city stakeholder groups. Taylor also said students should register to vote in Fort Collins.

“I think, so often, we as students forget that we should be holding our City Council members accountable as well,” Taylor said. “Even if  a majority of us are only going to be here for four to five years, this is still a space (where) we deserve representation.”